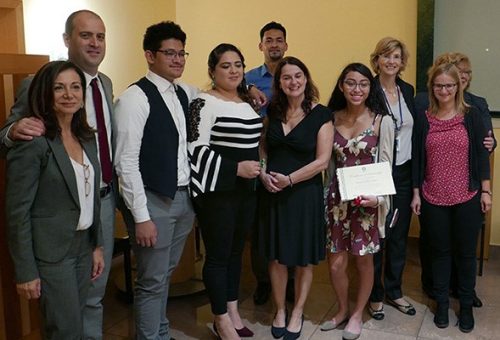 Six students from Hylton High School in Woodbridge received a scholarship to study abroad in Italy.

The students will spend three weeks next summer learning about Italian culture and the history of the language. The students are put of Hylton’s Center for International Studies and Languages, according to a release.

More on the awards, from a release:

The students and Italian Advanced Placement (AP) teacher Claudia Deferre were honored during a prize-giving ceremony held at the Italian Embassy in Washington, DC. The students are among hundreds who took the Italian AP exam in high school. The event included a video conference during which scholarships were awarded at Italian consulates in Boston, Miami, Los Angeles, New York, and San Francisco. PWCS Supervisor of World Languages, Carol Bass, also attended.

The following Hylton students were awarded: