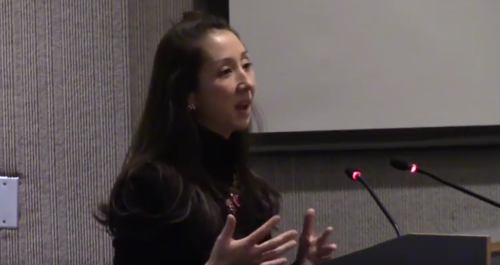 A Woodbridge mom is fighting to get students more time for recess and physical education (PE) in Prince William County schools.

Barbara Larrimore, a mother of three young children – two of which are students at Lake Ridge Elementary School – is asking legislators and school officials to expand the existing 15 minutes of recess she says the students are getting each day, to 30 minutes of recess or PE.

“I started this when my first son was in kindergarten and I noticed that he would develop these nervous habits of chewing on his shirts…to where they would get holes in them,” said Larrimore during a Town Hall meeting with members of the Virginia General Assembly.

Larrimore hosted a ‘pep rally’ at the Prince William School Board meeting last week, where individuals came out and also advocated for more physical activity time in the school schedule.

“When I look at the schedule of what we have now – 15 minutes for a five year old…is just not enough,” said Larrimore.

Larrimore says she has spoken with individuals from other Virginia schools who have increased recess and PE with success, citing results of a student from the American Academy of Pediatrics that says children need 60 minutes of physical activity per day.

No formal action has yet been taken to increase PE time or recess in Prince William.