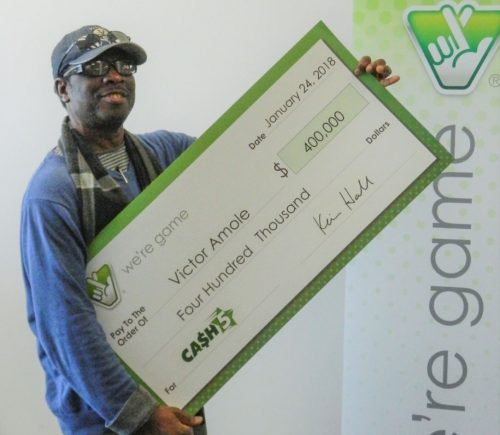 Victor Amole has won $400,000 after purchasing four identical tickets from the Lottery’s “Cash 5” game, according to a release.

The computer programmer bought the tickets at Fas Mart, which is located at 2142 Jefferson Davis Highway in Stafford.

Amole credits his success to a dream, where he saw a set of numbers.

He decided to play them four times.

“I’ve never had a dream like that before,” Amole stated in a release.

Amole is planning to invest the money.