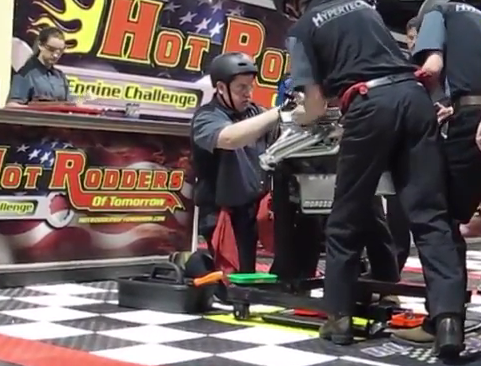 Two local high school students made it to states – for Skills USA competition that is.

Skills USA is a career and technical organization for students that allows them to compete and train for several specialized job tracks, according to their website.

The competition, which was held at Northern Virginia Community College’s (NOVA) Manassas Campus, required Cortez and Miranda to perform several tasks related to automotive work, including electrical testing and a mock state inspection.

“They did well. Edwin finished third as a junior last year so we’re happy for the outcome,” said Eddie Stevens, Miranda’s and Cortez’s automotive instructor at Hylton.

Cortez and Miranda received several thousand dollars in scholarship money for their win, and will compete in the statewide Skills USA competition being held in Fredericksburg this April.

“I take students to as many competitions as I can throughout the year. I have past students in post-secondary schools now that have won numerous scholarships, a couple with full rides,” said Stevens.