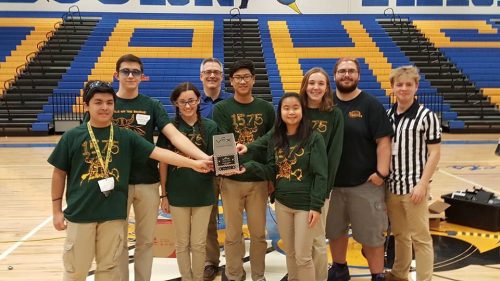 The Woodbridge Senior High School (WSHS) Robotics Team is hosting their “Battle of the Bridge” robotics competition on December 16.

According to a release, the event will be the largest robotics tournament in Virginia other than the state championship.

Fifty-five high school and 55 middle school teams will be participating in the tournament, which will run from 10 a.m. to 5:30 p.m.

So far this year the team has won several awards, and last year they participated in the World Tournament for the sixth time.

According to a release, 60 students are meeting almost daily at WSHS to design, build, and test their robots.

Over 4,000 high school teams will compete in this year’s 2018 VEX World Robotics Championship, and WSHS will be competing to qualify for that championship.