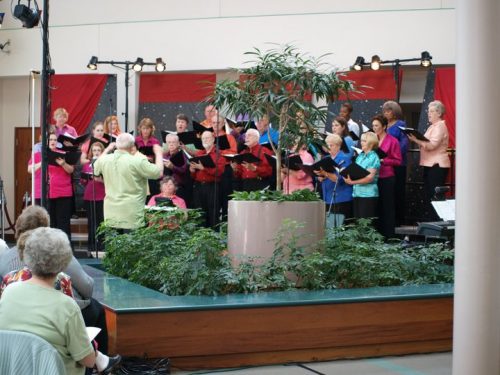 The Woodbridge Community Choir is celebrating their 50th anniversary Christmas concert season, and they want you to take part.

According to a release, there will be free holiday concerts on December 3 and 5, with holiday favorites and festive arrangements that the whole family will love.

Woodbridge Community Choir was started in 1966 as an all-volunteer organization and has continued to grow over the many years, stated a release.

“The musical directors, accompanists, and soloists are also volunteers and have included some of the area’s leading musicians,” stated a release.

All of the concerts are free to the public, thanks in part to grant funding from the Prince William County Arts Council and support from area patrons and businesses, according to a release.