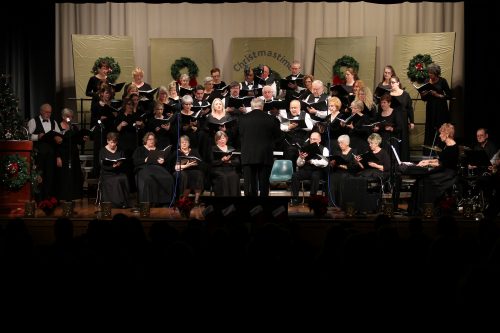 The Woodbridge Community Choir is celebrating their 50th year, and they are looking for new members to ring in the holiday season.

While Christmas is still a ways off, the choir is looking to add members to the group for their special 50th anniversary Christmas concert, according to a release.

“Founded by the late Mrs. Lillian Erotida Gaskell in 1966, the Woodbridge Community Choir (WCC) remains an entirely volunteer organization with members from all walks of life.  There are no auditions to join. The only requirement is that you love to sing. The choir includes many professional and amateur musicians, both choral and instrumental, in its membership,” stated a release.

The choir performs at various venues in the Prince William County area throughout the year, according to a release.

If you’re interested, there is still time to join the choir as a singer or instrumentalist. Rehearsals for the special Christmas concert will begin on August 29, according to a release.