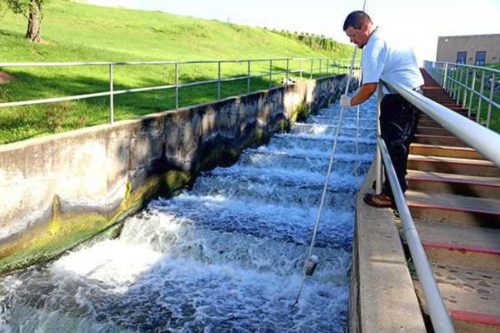 For the past nine years, the facility has had 100 percent regulatory compliance, according to a release.

“Adhering to all state and federal regulations for nine years in a row is an amazing accomplishment,” Service Authority Process Engineer Maureen O’Shaughnessy said in a release. “It’s proof that our folks take an immense amount of pride in doing their jobs to preserve the health of our waterways.”

NACWA will honor the Service Authority at the annual Utility Leadership Conference on July 24 in Boston.

PWCSA’s wastewater treatment process helps diminish the nitrogen and phosphorus that is released into Neabsco Creek, which connects to the Potomac River. Having too much of these nutrients can cause algae blooms to grow, which can result in “dead zones” in the Chesapeake Bay.

“I commend the staff at the H.L. Mooney Advanced Water Reclamation Facility for their efforts in 2017,” General Manager Dean Dickey said in a release. “Environmental stewardship is integral to the Service Authority’s vision, and it’s something we take extremely seriously.”