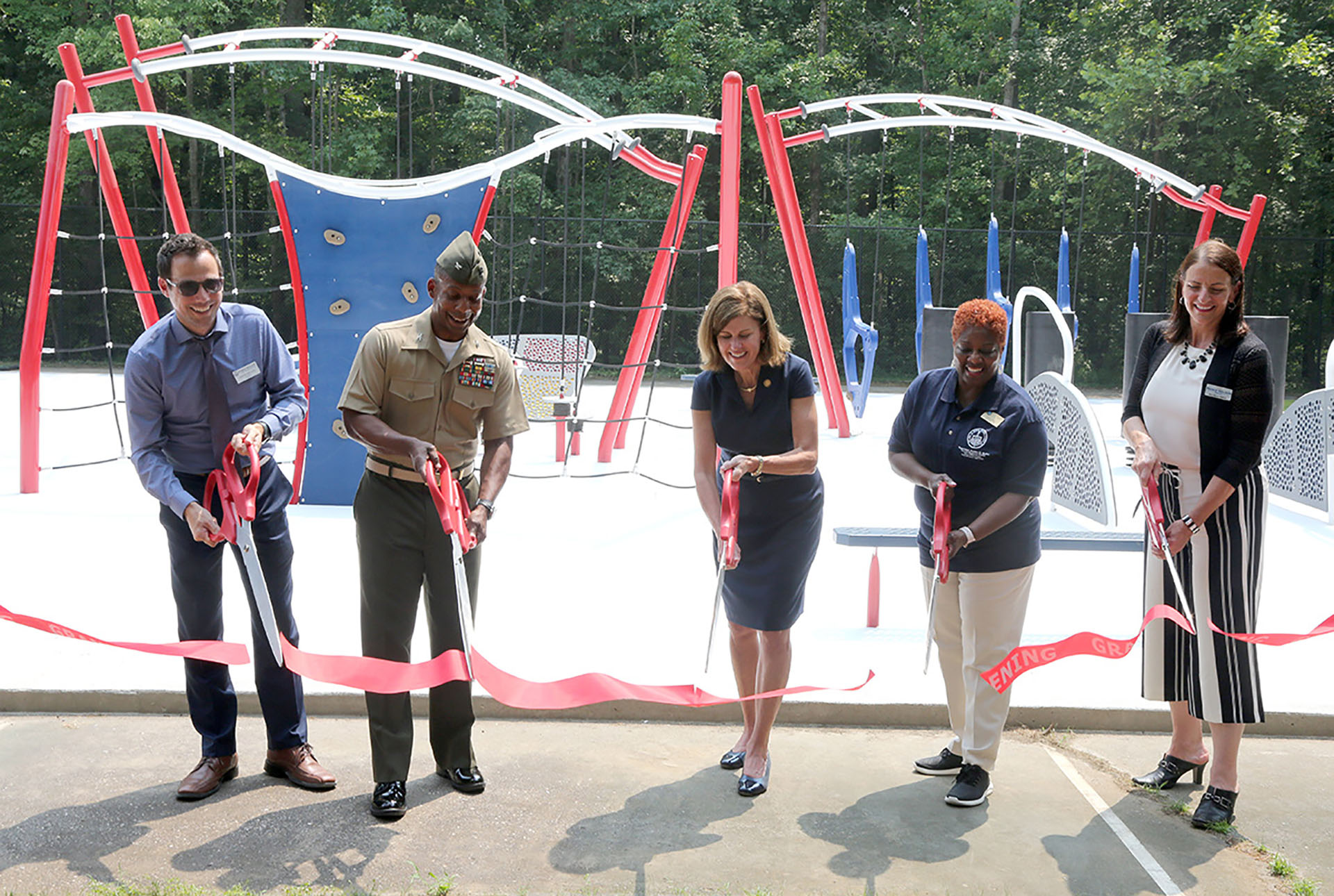 Photo courtesy of the Office of Communications

Locust Shade Park has a new feature for visitors.

A Warrior Challenge Course opened at the Triangle-based site, according to a release from the Office of Communications.

It was funded by a grant from the Defense Department, and Potomac District Supervisor Andrea Bailey provided $250,000, according to Parks, Recreation and Tourism Director Seth Hendler-Voss.

Bailey began working on the project with Former Base Commander at Quantico when Bailey started her role on the Board of County Supervisors (BOCS).

“I knew that it was so important to have a relationship with Quantico because after all, I’m a Marine Corps wife, so I know the importance of community,” Bailey said in a release. “Being a member of a military family, it’s never lost on me the sacrifices service members and their families make to keep us safe. It’s very fitting that we can take care of them collectively when they return home and give them a place like the Warrior Challenge to keep their health intact, keep their minds intact and keep their spirits intact.”

“This is really special. A lot of active-duty Marine Corps families and service members do come to this park on a daily basis, either participating on the trails or just taking advantage of some of the other opportunities that are provided here,” Brooks said in a release. “It doesn’t matter your age, your ability level. Everyone can take part. It’s accessible to everyone and I really hope that it is as popular as it appears to be.”

The new course is Americans with Disabilities Act (ADA) compliant and can be accessed by strollers. It also has equipment that kids between 2 and 5 years old may enjoy.

In addition to the Warrior Challenge Course and tennis courts, the park offers hiking trails, a miniature golf course, batting cages, an amphitheater, and a pavilion.