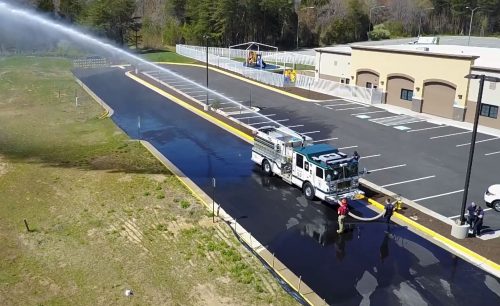 Every day, hundreds of Prince William residents volunteer their time to help the community — even if it means risking their own life.

Members of the area’s volunteer fire departments work together to provide assistance during emergencies.

In addition to providing an important service, they learn to work as a team and obtain several versatile skills.

“This is a great place for guys to come in, kids to come in and get their feet wet in the fire service, and figure out is this is something that they want to do with their lives,” Volunteer Donovan Stewart said. “We’ve got tons of people who started here and are now career firemen in other jurisdictions — Fairfax, Loudoun, D.C.”

Serving as a volunteer firefighter isn’t just about getting the job done, however.

Those who become members also join a group of people that learn to rely on one another.

“This is the greatest organization I’ve ever been a part of. I’ve been a part of three different fire departments in my career, and this organization is just unbelievable,” Sokol said. “The support that you get. We are a family.”

Those interested in joining the DCVFD can fill out a form online.