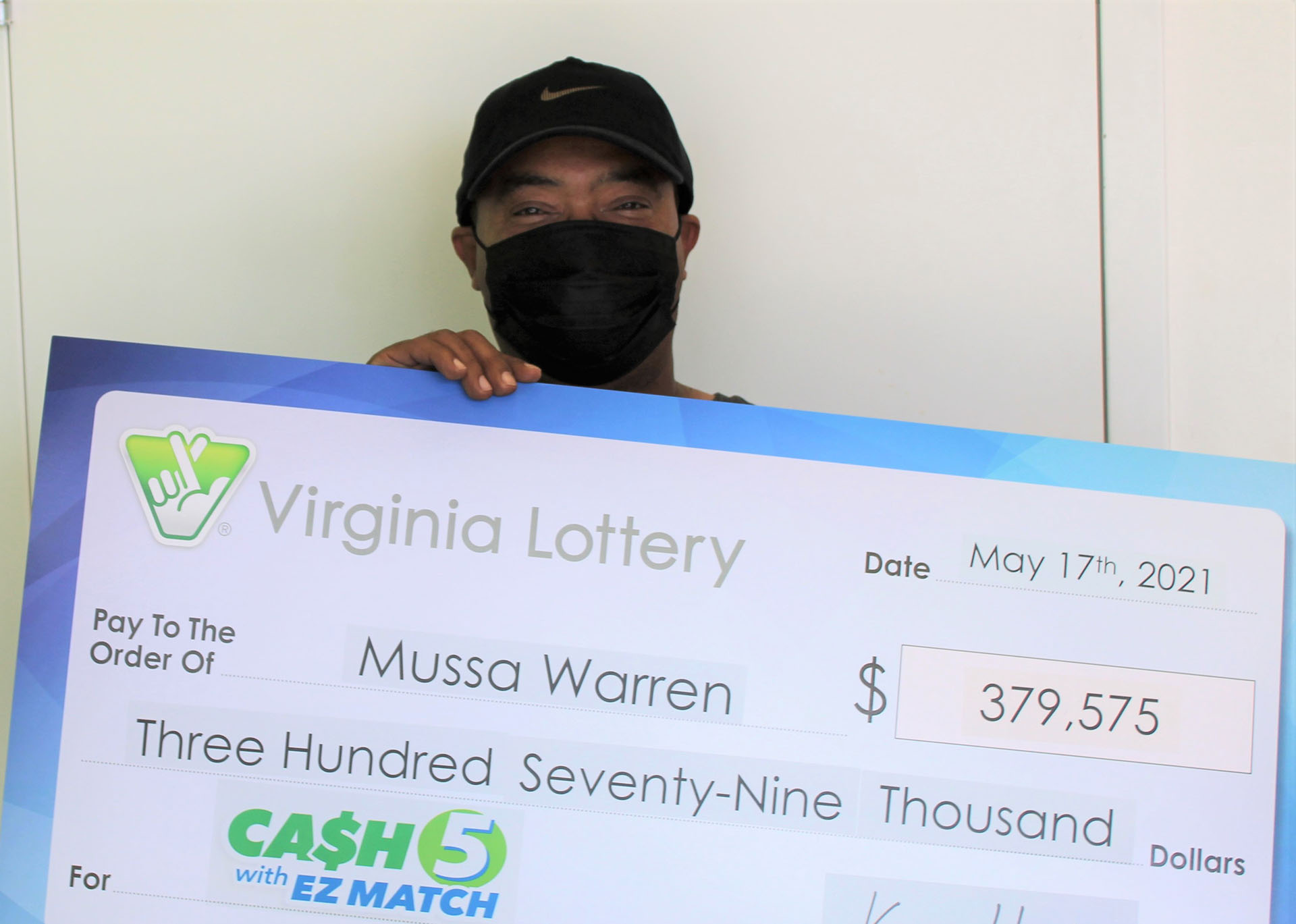 A Woodbridge resident was in for a surprise last month.

Mussa Warren won almost $380,000 after buying a ticket in Dale City. He purchased it from Giant Food, 4309 Dale Boulevard.

Warren looked up the lottery results about midnight, according to a release from the Virginia Lottery.

“I started screaming,” he told the Virginia Lottery. “The whole house got up. They thought something had happened to me.”

In Cash 5 with EZ Match, there’s a rolling jackpot that begins with $100,000. It rises if the numbers drawn don’t match those on any tickets.