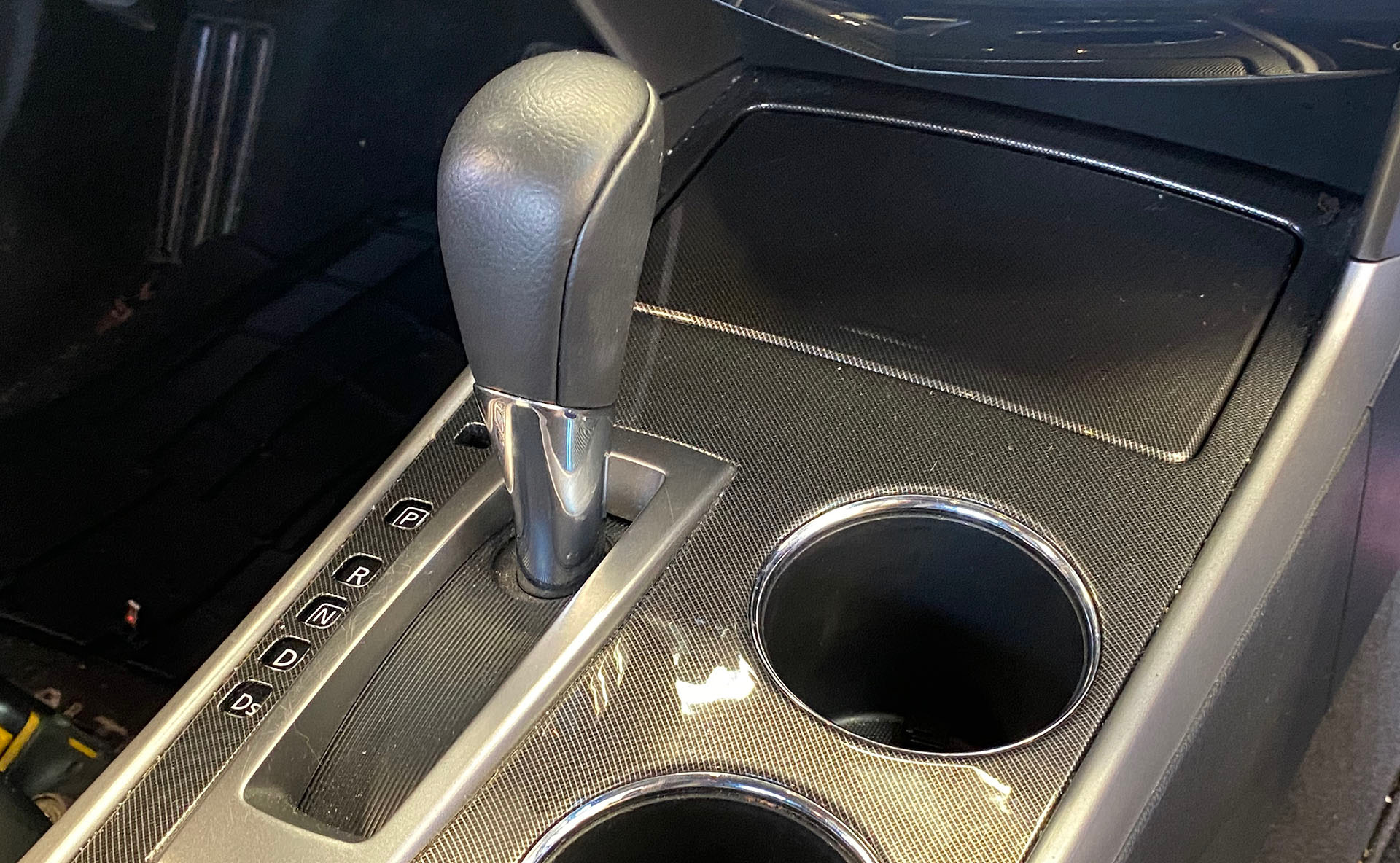 Why won’t my vehicle come out of park?

Getting stranded when you have places to be is no picnic, especially when you don’t know what’s wrong or can’t fix it yourself.

Sometimes, a vehicle’s gear shifter will get stuck and won’t come out of park.

This situation intermittently occurred with a 2013 Nissan Altima, which was brought in to Steve’s Auto Repair recently.

As he worked on the vehicle, Brian found that the shift interlock solenoid would sometimes stick, preventing the vehicle from shifting into another gear.

We couldn’t just replace the solenoid for this model, so a new gear shift assembly was needed. Replacing the component enabled the solenoid to retract in and the gear shifter to go from park to drive, neutral or reverse.

To replace the assembly, Brian removed the center console and put it back together with some trim.

Other possible reasons a car won’t come out of park

The shift interlock solenoid sticking is only one reason why a car won’t come out of park. There are other possible causes behind this issue.

Problems with the brake light switch is another one. If the car doesn’t recognize that you’re hitting the brake, it won’t allow you to shift into another gear.

Your vehicle’s gear shifter may also refuse to go out of park if there’s an open circuit on the interlock solenoid.

Other reasons include a bad ignition switch and the parking pawl.

What you can do to prevent this problem

Unfortunately, there isn’t much that can be done to prevent a gear shifter from getting stuck in park.

You should be careful not to spill anything in the center console.

Coffee and other beverages could get down into the gear shift, causing it to gunk up. Soda can especially be a troublemaker, because it’s sticky.

Spilling beverages is one of the main reasons you have problems with that component.

What you can do if this happens

If you find yourself in a situation where the gear shifter is stuck, there is something you can do.

Most cars generally have some way to bypass the interlock solenoid.

On some vehicles – especially those with a gear shifter on the center console – there’s a plastic tab you can press the key down into. This will release the interlock solenoid, allowing you to put the vehicle in neutral.

If a car won’t start or isn’t operating the way it should, you probably need to call a tow truck. A vehicle needs to be in neutral in order to be moved onto it.

Not all car problems can be prevented. Sometimes, parts go bad unexpectedly. However, it is important to have an auto repair shop you trust and can go to.

That way, if you have an issue or question, they will be able to provide you with recommendations and the information you need.