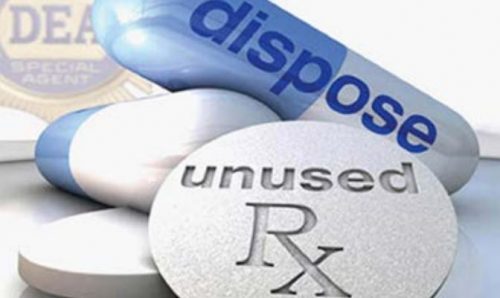 Unused and expired prescriptions that aren’t disposed of properly can have negative consequences.

According to the U.S. Drug Enforcement Administration (DEA), medication that is thrown away is sometimes taken and sold by individuals. When they’re flushed down a toilet, they can taint the water used by a community.

Prescriptions can also cause poisoning and overdoses.

An upcoming event aims to prevent individuals from abusing and stealing unused and expired drugs.

A Prescription Drug Take-Back Day will be hosted between 10 a.m. and 2 p.m. on April 27, according to a release.

If labels can’t be removed, it’s suggest that participants use markers to darken private information.

To learn more about the upcoming program contact the county’s Crime Prevention Unit at 703-792-7270.