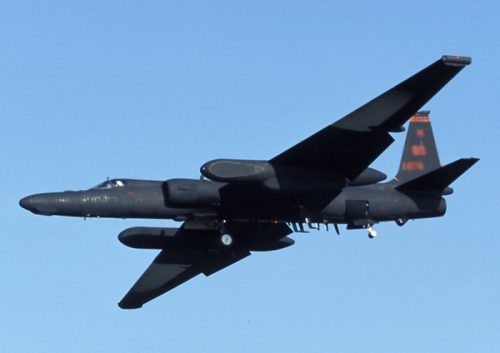 According to a release, the event featured Occoquan’s VFW 7916 Commander and retired United States Air Force Colonel Chuck Wilson, who spoke about the Cold War and his role flying U-2 missions.

The latest version of the U-2 has multiple unique capabilities, and is extensively used worldwide today. The venerable U-2 has the reputation for being the most difficult airplane in the world to fly. The funds raised at this forum are largely going to the not-profit Cold War Museum, founded by Francis Gary Powers, Jr.

Remarkably, this event was “Sold Out” back on December 23rd. Due to the large response, the winery opened the upstairs for view of the presentation. About 70 people packed the winery. Members of the audience came from many backgrounds and disciplines including the Central Intelligence Agency, National Reconnaissance Office, National Security Agency and Office of Secretary of Defense. There were even a few Air Force “Graybeards.” The level of interest was high in as the audience engaged Wilson for over three hours and came out professing many accolades.

The area has a local tie in to the Cold War, as the site of the museum is a former Top Secret signals intelligence (SIGINT) based outside of Gainesville. The museum is inside one of the Vint Hill Farm Station buildings that were in use during the Cold War by the United States Army, National Security Agency, and the Central Intelligence Agency.

Wilson, who is the Executive Director of the Veterans of Foreign Wars here in Occoquan, has diverse executive experience in Politico Military Affairs and National Security Policy, has piloted the U-2 on very sensitive missions around the world. He also held commands, at multiple levels, that included commander of U-2 Squadrons both at Taif Air Base, Saudi Arabia, and Osan Air Base, South Korea.

On March 19th,, the Cold War Museum is featuring General Mike Hayden, USAF (Ret) who, as former Director of the CIA and NSA, will speak on his experiences in Intelligence, followed by a question and answer period. More information on that event is available at https://www.eventbrite.com/e/cia-nsa-a-view-from-the-top-tickets-31045844958.