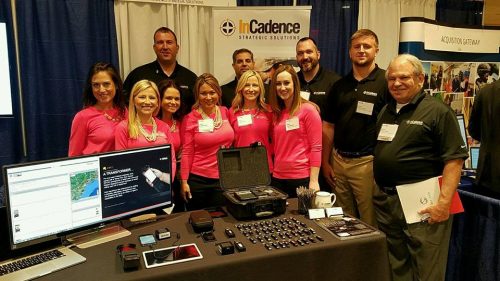 Two Prince William businesses were recognized at the ‘GovCon’ Awards.

MAG Aerospace, a global aerial surveillance company, and InCadence Strategic Solutions, an operational intelligence and biometrics company, were recognized at this year’s 14th Annual Greater Washington Government Contractor Awards, according to a release.

‘GovCon’ Awards are given each year to companies with “leadership, innovation and commitment to excellence of the individuals and businesses in the Greater Washington region government contracting sector,” according to a release.

“We are delighted to congratulate MAG Aerospace and InCadence Strategic Solutions on this most deserved recognition for their outstanding contributions to government, employees and the Greater Washington region. Their success is also a testament to Prince William County’s strategic location, which provides excellent business opportunities to high-caliber organizations delivering systems and service operations to the government and private sectors,” stated Prince William County Department of Economic Development Executive Director Jeff Kaczmarek in a release.

More on the companies and the awards they received:

MAG Aerospace received the Contractor of the Year Award in the $25 – $75 million category, which is given to acknowledge “distinguished financial and operational accomplishments and outstanding contributions during the past year to employees, the government contracting industry and the U.S. Government.”  This awards follows a string of awards in 2016 for MAG Aerospace, most recently being recognized by the Washington Business Journal as one of the 50 Fastest Growing Companies in the Washington region.  In October, MAG received the 2016 Commonwealth of Virginia Governor’s Award of Excellence in International Trade.  Prior to that, MAG Aerospace CEO, Joe Fluet took home a 2016 SmartCEO Future 50 Award.