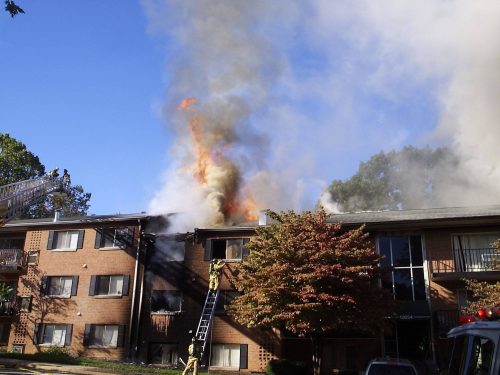 Did you know that Daylight Savings Time ends on November 6?

The Prince William County Department of Fire and Rescue wants to make sure residents not only turn their clocks back one hour, but that they take the opportunity to also change the battery in their smoke alarms.

No smoke alarms were present in more than one-third (38%) of the home fire deaths.

“Deadly house fires often occur late at night and early morning (11:00 p.m. – 7:00 a.m.) when individuals are sleeping. Therefore, it is imperative that smoke alarms be properly installed and maintained to protect against injury and the loss of life,” stated Prince William County Fire and Rescue Chief Kevin McGee in a release.

Here are some smoke alarm safety tips, from a release:

Place a smoke alarm on every level of your home, including the basement, in every bedroom and outside each sleeping area.

Test smoke alarms monthly by pushing the test button. If you cannot reach the button easily, use a broom handle.

When a smoke alarm sounds, get outside and stay outside.

DO NOT remove the batteries from your smoke alarms to put in other appliances.

Replace all smoke alarms in your home every 10 years or sooner if they don’t respond when testing:

For smoke alarms with a non-replaceable battery, replace the entire smoke alarm if it begins chirping.

For smoke alarms with regular batteries, replace the batteries once a year when you change your clocks, fall back, spring forward, or before if the battery starts to chirp.

Smoke alarms should be interconnected, so when one alarm sounds, they all do.

Keep smoke alarms clean. Vacuum or dust your smoke alarms according to manufacturer’s directions to keep them working properly.

Teach children what the smoke alarm sounds like and what to do in the event it sounds. Smoke alarms can often sound while cooking or taking a shower that emits large amounts of steam. If a smoke alarm sounds during these types of activities, DO NOT remove or disable the battery; creating a minor fix can lead to a deadly mistake.

Open a window or door and press the “hush” button.

Wave a towel at the alarm to clear the air.

Move the entire alarm several feet away from the location.