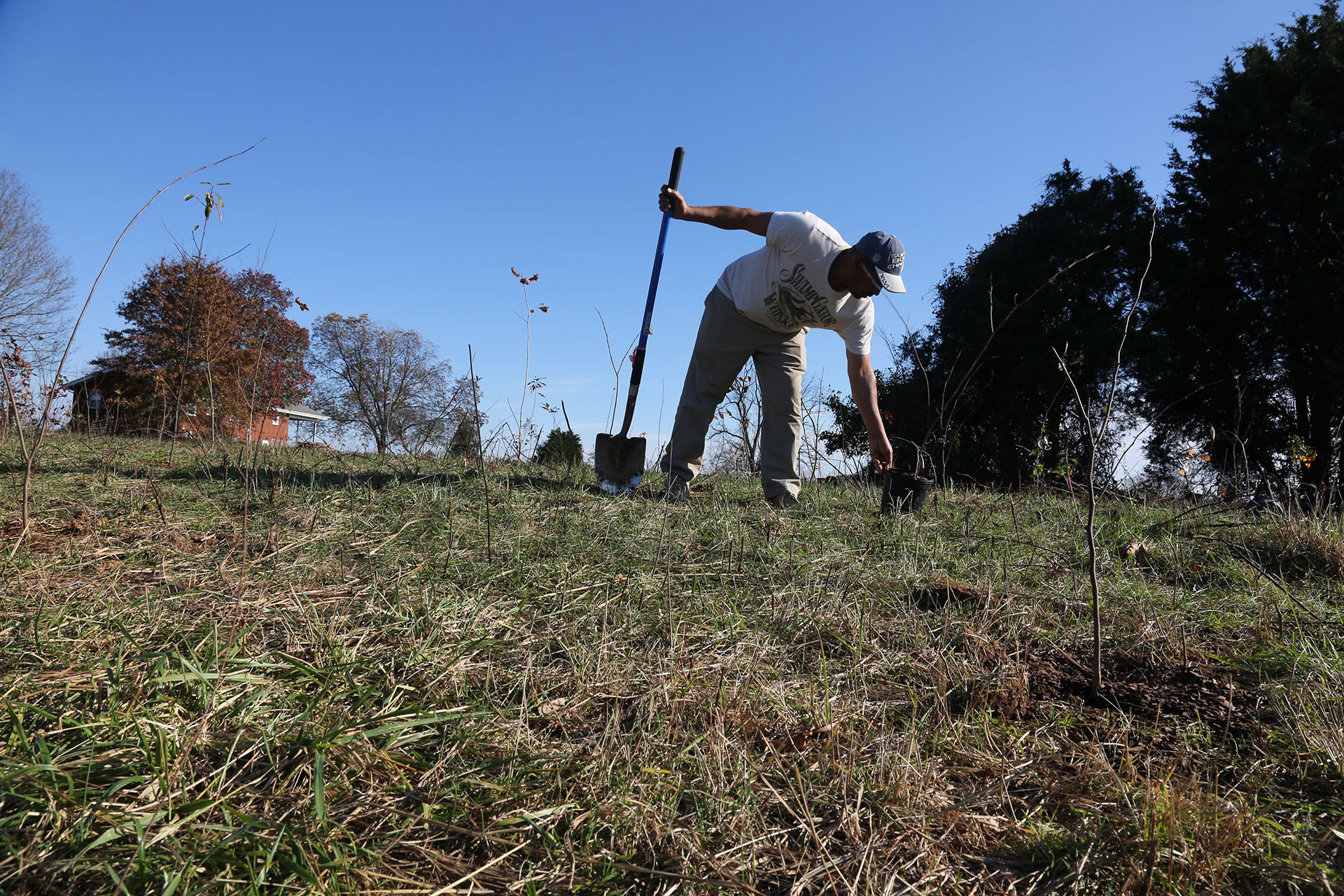 What did the Bristoe Station Battlefield Heritage Park look like when the Union and Confederate armies fought in 1863?

Future visitors will have a better idea, because of a reforestation project.

More than 6,300 trees were planted across 10 acres, according to a release from Prince William County.

“We have historic maps of the farms around Bristoe, and this portion was wooded and cleared for farming in the 20th century,” Prince William County Historic Preservation Division Manager Rob Orrison said in a release.

Redbud, eastern cottonwood, white and scarlet oak, and black cherry are among the types of trees that were added to the Bristow historic site.

As they grow, they will create a canopy, according to Prince William County Arborist Julie Flanagan. This will cause the forest to resemble the one Civil War troops traveled through during the Battle of Bristoe Station.

“From a historic standpoint, it gives the parks a better ability to provide interpretation of the actual battle conditions,” Flanagan said in a release.

The new trees will also help decrease the particles that enter water routes connecting to the Chesapeake Bay.

“By the time the water hits the trees, makes it into the soil and into the ground and finally into the streams, it’s a whole lot cleaner than if it was to run straight into the stream,” Flanagan said.