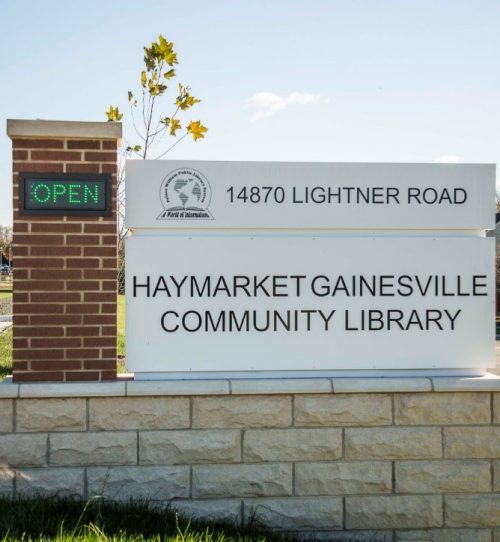 According to a release, the ceremony was part of the non-profit Journey Through Hallowed Ground Partnership’s Living Legacy Project. The organization’s goal is to plant one tree for every soldier that died during the Civil War, and this ceremony was a part of that goal, stated a release.

“Prince William County is steeped in Civil War history so we are thrilled this is the first planting we are doing here. But we know it will not be our last,” stated Shaun Butcher, director of the Journey Through Hallowed Ground National Scenic Byway.

More on the event and organization, from a release:

The Journey Through Hallowed Ground Partnership has worked closely with the Prince William Public Library System and the Prince William County Historic Preservation Division on this event. Some of the soldiers being honored had Prince William connections or died because of the First or Second Battle of Manassas. The Historic Preservation Division provided some of the research on the fallen soldiers. In addition, the Library System actively worked with a local Boy Scout to plant some of these trees as part of his Eagle Scout project. All of these efforts will be recognized during the dedication ceremony. In addition, the Library System also arranged a Mountain View Elementary School student who will recite a poem about a soldier that died at Bushy Park during the event.”What a wonderful way to highlight, once again, our community’s remarkable historic past with our beautiful new library,” said Constance Gilman, Prince William Public Library System Director.

The Living Legacy Project will create a unified color palette that reminds visitors that they are, indeed, on hallowed ground. Upon completion, this initiative will create the first 180 mile landscaped allée in the world and the only allée dedicated to honoring the most defining moment in American history. A signature palette of seasonal trees and plantings, including redbuds, red oaks, red maple, and red cedar have been selected to represent the courage and valor of the individuals being honored with this project. A secondary palette, including canopy and understory trees, evergreens, shrubs, and ground coverings, will also feature red as a predominant color, with plantings including black gum trees, sassafras, and winterberry. The native selection is appropriate to the diverse landscapes along this historic corridor, and remains sensitive to the local ecology, scenic views, and development patterns.