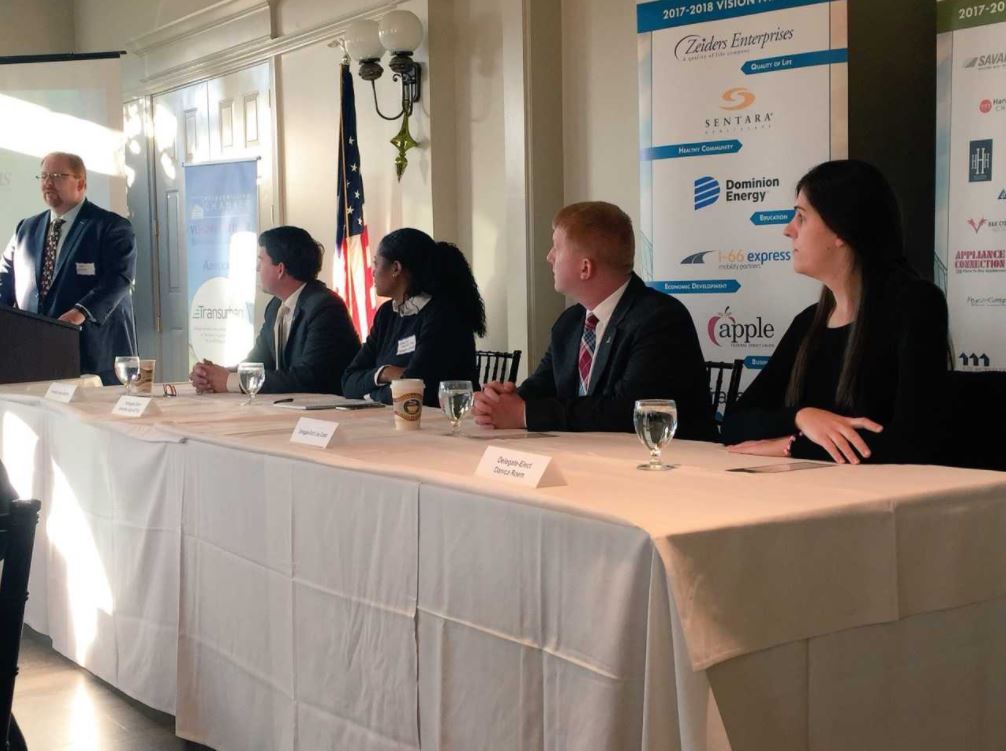 The legislators answered questions and discussed their priorities for the upcoming session, which begins January 10.

Roem and Foy plan to address traffic congestion, with Roem setting her sights on Route 28.

“It is absolutely horrible what we see there every single day with no relief,” she said, “And it’s been like this since I was a kid.”

Roem is advocating for a feasibility study that would look into “alternate intersection signs” from north of Manassas Drive to Bull Run Bridge.

Meanwhile, Foy is focusing on I-95.

“After many conversations with VDOT, we are in agreeance that just expanding the roads is not going to be enough,” she said. “We have to get very creative with our transportation solutions.”

McPike pointed out the importance of investing in it.

“People want to come to Virginia, because we’ve got fantastic schools as well as higher education. But we also need to keep those folks here,” he said. “We’ve got to continue to invest in our schools. College affordability is certainly a key component of that. We’ve got to work on that.”

Carter mentioned the need to set aside funds so students, including those in pre-kindergarten programs, have space to learn.

“Prince William County Schools need a large amount of capital improvement expenditure to make sure that we physically have classrooms to put those kids in once we start the programs to get them into Pre-K,” he said.

Phil Kavits, an attendee of the event and Prince William County Public Schools’ (PWCS) associate superintendent for communications and technology services, agreed that space is “a big issue.”

And and additional $6 million, Kavits added, is available for PWCS to use for pre-kindergarten programs. But there’s a catch.

“In order to access that we would have to take another $4 million in funding away from some other critical need,” he said. “So, the challenge is to get rid of that matching requirement, allowing us to take full advantage of what’s out there from the state.”