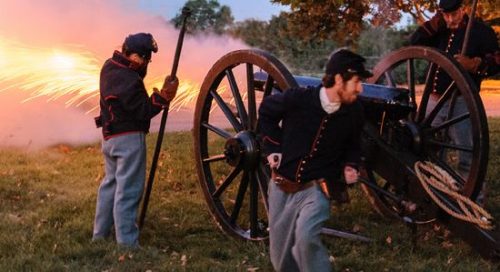 Tours in Bristow to honor 154th anniversary of Battle of Kettle Run, Aug. 27

To honor the 154th anniversary of the Battle of Kettle Run, there will be free tours given in Bristow on August 27.

According to a release, the tours will take place at Bristoe Station Battlefield Heritage Park at 10708 Bristow Road from 1 p.m. to 4 p.m.

Park staff and volunteers will be at the park to give a tour of the grounds, and talk about “Thomas J. “Stonewall” Jackson’s capture of Bristoe Station and the Battle of Kettle Run – the opening round of what would become the Second Battle of Manassas. This August 27th battle, while small, was bloody and took a heavy toll on the regiments that fought there,” stated a release.

Parking for the park is located off of Iron Brigade Unit Avenue, according to a release.