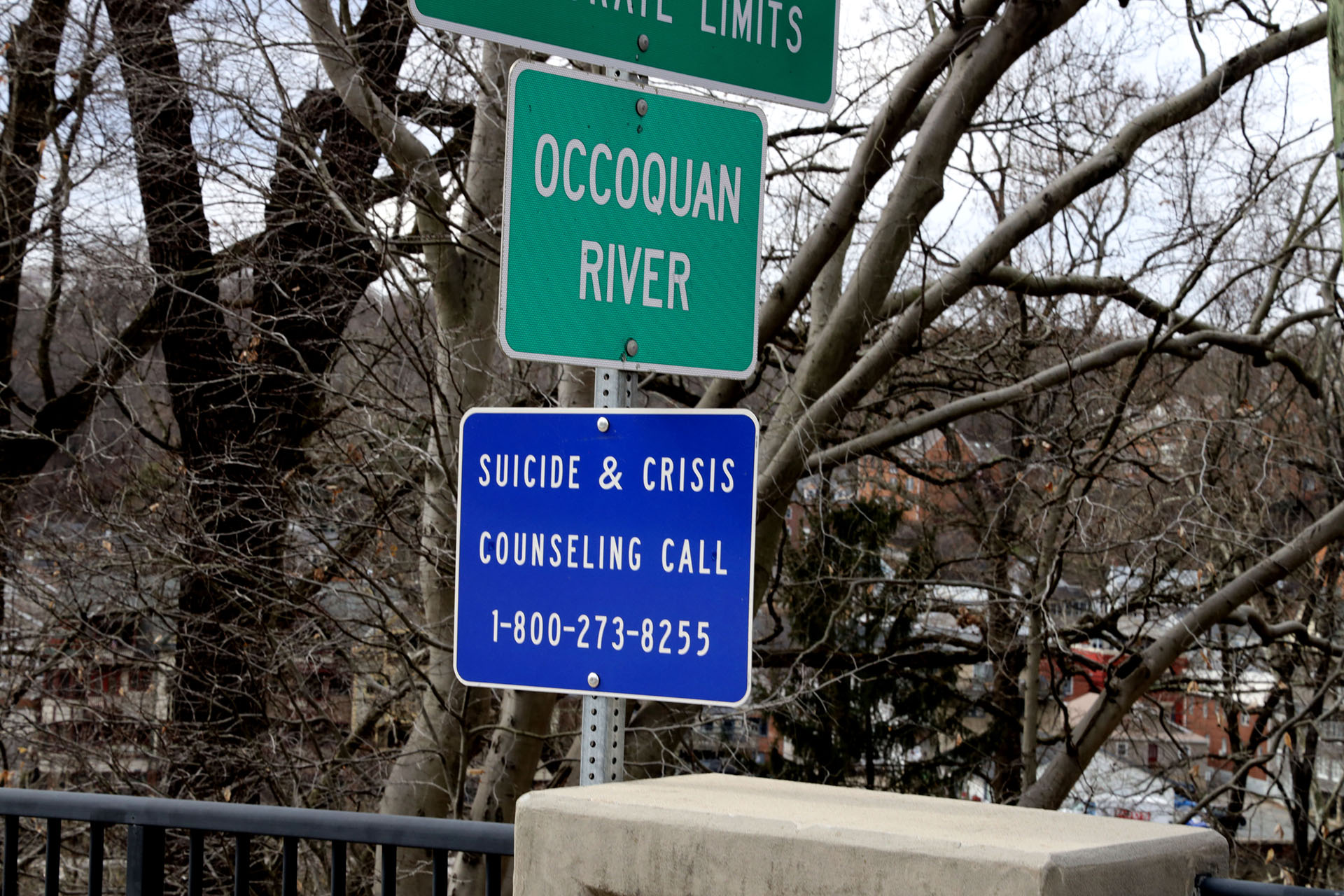 More lives could be saved in Prince William County.

A suicide prevention sign has been installed in Occoquan.

Located on the Route 123 bridge that goes over the Occoquan River, the blue sign contains the National Suicide Hotline number, according to a release from Prince William County.

During the past 10 years, community members have planned to jump from the bridge on five occasions, according to Occoquan Police Department records.

“We often get people who have been thwarted, or they haven’t actually attempted, but they’ve been up there, and someone called us, and we’ve been able to intervene and have them evaluated,” Prince William County Emergency Services Supervisor with Community Services Andrea Hess explained in a release.

The sign’s installation was made possible through the efforts of Trillium Center Executive Director Cynthia Dudley, Action in the Community Through Service (ACTS) Chief Program Officer Victoria Graham, and local officials.

According to Graham, a person may choose not to commit suicide because of a word or sign.

“The thought is that if someone had an intervention before they made that jump, either something or somebody that caught their eye to say, ‘There’s hope,’ it might be a deterrent,” Graham said in a release.

Suicide prevention signs have been installed throughout the commonwealth, according to Prince William County Behavioral Health Wellness Supervisor Heather Martinsen.

“We did some research about best practices around the country and tried to figure out what sign to put up,” Martinsen said in a release. “That sign is similar to one down at the Rappahannock River Bridge just outside of Fredericksburg.”

Anyone considering suicide or who knows someone who is are encouraged to call the National Suicide Hotline number at 1-800-273-8255.