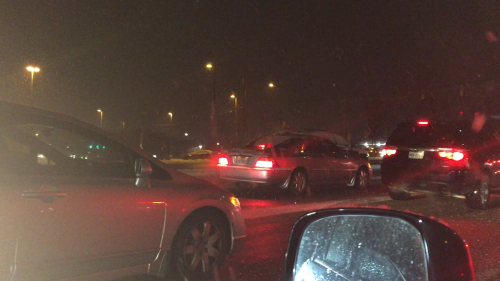 Snowfall took the area by surprise. While there was less than an inch of snow accumulation in many areas in Prince William, the combination of snow and ice led to treacherous road conditions for yesterday’s evening commute.

According to the Virginia Department of Transportation, they had over 300 plows on the roads, clearing snow and ice.

Update: We now have 300 trucks salting the roads. Will continue overnight & thru AM rush. Please use caution if you’re still out there!

Here’s the latest on delays and cancellations for January 21:

On January 21, 2016 PWCS will be closed due to inclement weather. Code Red. Activities cancelled. SACC closed. Telework subject to policy.

UPDATE: Manassas City Schools – CLOSED 1/21/16 due to remaining icy conditions on side roads & in neighborhoods. CODE GRAY for employees.