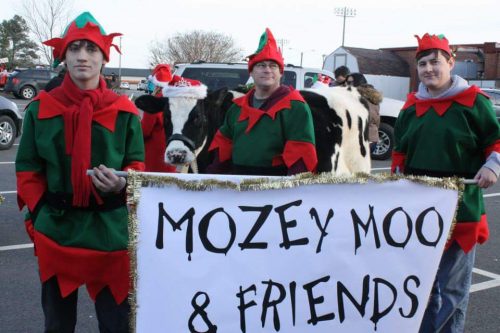 See Santa at the Nokesville Christmas Parade this Saturday

It’s time to celebrate the holidays in Nokesville.

The fifth annual Nokesville Christmas Parade is on December 10 p.m. at 4 p.m. and will be followed this year by a live nativity play.

The parade will begin at Brentsville District High School on Aden Road and end at Nokes Street near Route 28. During the duration of the parade, Fitzwater Drive will be closed.

The festivities will include classic cars, the high school’s marching band, dancing troupes, and holiday themed floats, as well as an appearance from Santa – who will be riding on a Nokesville Volunteer Fire Department truck.

This year’s parade Grand Marshal is Steve Curry and the Citizen of the Year is B.J. Thomas.