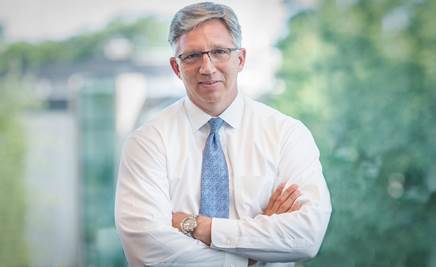 Dr. Scott Ralls, the president of Northern Virginia Community College (NOVA), has been named one of the “2017 Power 100”.

Ralls made the Washington Business Journal’s (WBJ) annual Power 100 List more than once, according to a release.

“The 2017 Washington Business Journal Power 100 list is comprised of the Washington area’s most influential leaders and newsmakers who have made significant contributions in the private sector, public and private companies, nonprofits and education,” stated a release.

More on Ralls, from a release:

Dr. Ralls’ successful leadership of NOVA to meet employer and community needs is best reflected in the proven, “social mobility power” of Virginia’s largest public higher education institution.  The college has been recognized, in a Stanford University study, as being among the most effective institutions in the nation when it comes to moving students from the lowest economic quartiles to the highest within ten years of graduation. “By actively listening to the needs of our business community,” Ralls said, “we equip our students for economic success.”

In 2015, Ralls became the fifth president of the 11th largest college in the United States that annually awards more associate degrees than any other individual post-secondary institution. With approximately 75,000 degree students, Ralls leadership has contributed to NOVA’s expanding partnerships with underserved communities, area high schools, colleges/universities and businesses throughout Northern Virginia and the nation.

As the former president of the North Carolina Community College System, Ralls is leading the College to educate and equip students with the knowledge and skills needed to excel in the workforce. NOVA’s growing cybersecurity and information technology program, student success efforts, guaranteed transfer partnership agreements, student apprenticeship programs and workforce development opportunities continues to showcase the College as a recognized leader within the region.