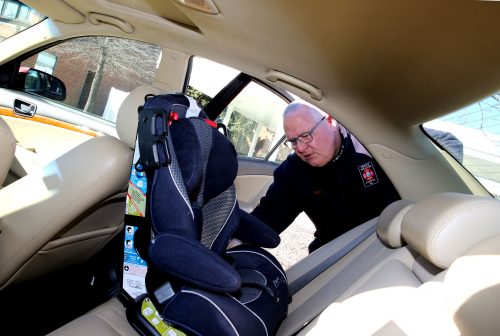 Does your child use a car seat?

Make sure they’re using the right car seat and that it’s installed properly – oh, and also visit with Santa – in Woodbridge on December 22.

According to a release, the Prince William County Department of Fire and Rescue will be hosting a free car seat check at the Hobby Lobby location at 14000 Shoppers Best Way from 2 p.m. to 5 p.m.

Experts will be on-site to install car seats, as well as talk about appropriate car seats to select, and the proper way to use them, according to a release.

“People, unfortunately, think it’s an easy thing. You put it in the car, put the kid in it, but … most people don’t read the directions completely. They’re really a little bit more complicated than they seem to be,” stated Prince William County Fire and Rescue Public Education Coordinator Bob Wall in a release.

Not having the correct car seat or using it improperly can have negative consequences for the child using the seat.

“There’s a lot of little nuances that people don’t think of, because … they don’t think they’re going to be in a crash. When you start adding up the minor mistakes into a crash, it becomes deadly. We get all five things wrong, we’re in trouble,” stated Wall in a release.

To add to the fun Santa will be at the event, meeting with children and spreading holiday cheer.