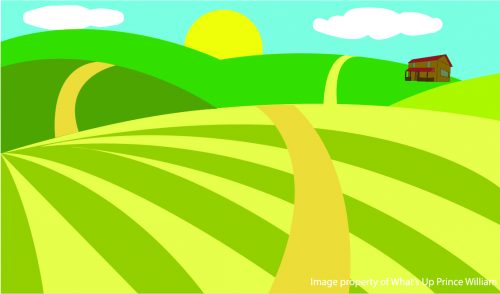 The Rural Crescent: What is it, and why is it important?

The rural crescent spans across more than 100,000 acres in Prince William County.

It encompasses private property as well as historic sites and a state park.

Brentsville District Supervisor Jeanine Lawson spoke about this area and its importance during a recent Community Conversations.

You can watch the interview here:

Here is the interview transcription:

ST Billingsley: Thank you for joining us today for Community Conversations on What’s Up Prince William, wupw.news. And today we have Jeanine Lawson, Brentsville District Supervisor, going to talk about the Rural Crescent. Thank you very much for being on our program today.

Jeanine Lawson: Hi, Steve. Thank you for having me. I like to come down here and talk about all of Prince William County. So I appreciate the invitation.

Jeanine Lawson: Yes. So the Rural Crescent is a huge swath of land. It’s over 100,000 acres and it starts up in the North, in the Haymarket area, and runs down to the Quantico base. And you could say it starts there and runs up, either way, but it’s this huge swath of land that borders with Fauquier County, and it is a protected area meant to be protected from intense development. And it covers land such as the Manassas Battlefield, Quantico, and Prince William Forest Park. So it’s not all privately owned. A lot of county parks, state parks in there. But it is a gem to the County, in my opinion.

ST Billingsley: And so one of the things, especially for, I’ll say, people East of Hoadley Road and even Manassas, why is the rural Crescent important to our County?

Jeanine Lawson: That’s an excellent question and it’s something that everybody in the County should know about and be interested in, and in my opinion, be supportive of. So in 1998, the Board of County Supervisors then were starting to react to a lot of development throughout the County and the housing boom. And they drew this imaginary border, used a lot of river, streams, roadways to create this barrier and steered development into the development area. And then the policy for the residential zoning in the rural area is one house per 10 acres. So you had this massive explosion of residential growth in the 90s up to the housing crisis in 2008, where there was just a ton of growth. And so the board then though we got to manage this. The cost of infrastructure, whether it’s roads, schools, other levels of service, public safety personnel, libraries, that is very expensive. And if you’re building communities by leapfrog, you’re building roads out into the rural area to serve some communities there, and that just simply is not a wise choice of resources that are limited.

Jeanine Lawson: And so the board really created this Rural Crescent boundary to help manage the cost of infrastructure. And it has fiscal implications, which means that your wallets are affected through your taxes, your County taxes. So the rural area has really served as a fiscal tool just as much as it has served as an environmental tool, as well as, I really believe that the overwhelming majority of Prince William County residents, whether they live in the rural area or in the development area like myself, they appreciate having the diversity of landscape. I think that folks enjoy knowing that just maybe 15 minutes from their home, they can see a farm or enjoy going and picking pumpkin, strawberries. Agribusiness, agritourism is so popular right now. So I think that we’re in a position to really capitalize on preserving our rural character of the County because of the popularity of farm weddings, breweries, wineries. And we’re really just starting to take off on that, so I think it’s important that we keep that moving forward.

ST Billingsley: And you’re talking about some financial issues with the County. What are some things that could happen, such as if the Rural Crescent did start to get developed for city schools or other things for the Eastern side of the County?

Jeanine Lawson: Right. So if we were to allow more intense development, residential development in particular would be what would drive up the need for roads and schools in particular. And that of course is going to compete with infrastructure needs in the development area, whether it’s here in Woodbridge or up in the Manassas Gainesville area, Yorkshire area. Everybody has infrastructure needs, especially roads and schools. And if we were to start allowing intense development such as quarter acre lots, or I would say even one acre lots, that is going to really start to take away from the limited resources of tax dollars, tax revenues, that are needed elsewhere.

Jeanine Lawson: Again, the whole purpose of the Rural Crescent creation in 1998 was to prevent this from happening so that we have infrastructure in the right area. And that’s where you develop around, where roads and schools are meant to be, and not out in the rural areas. It’s sound land use planning as well as fiscal planning.

ST Billingsley: Well, thank you very much for being with us today to talk to us about the Rural Crescent.

ST Billingsley: And hope to have you back again soon to talk about some other things going on in the County.

Jeanine Lawson: I would welcome the invitation. Thank you for having me.

ST Billingsley: And thank you for joining us today on What’s Up Prince William, Community Conversations.