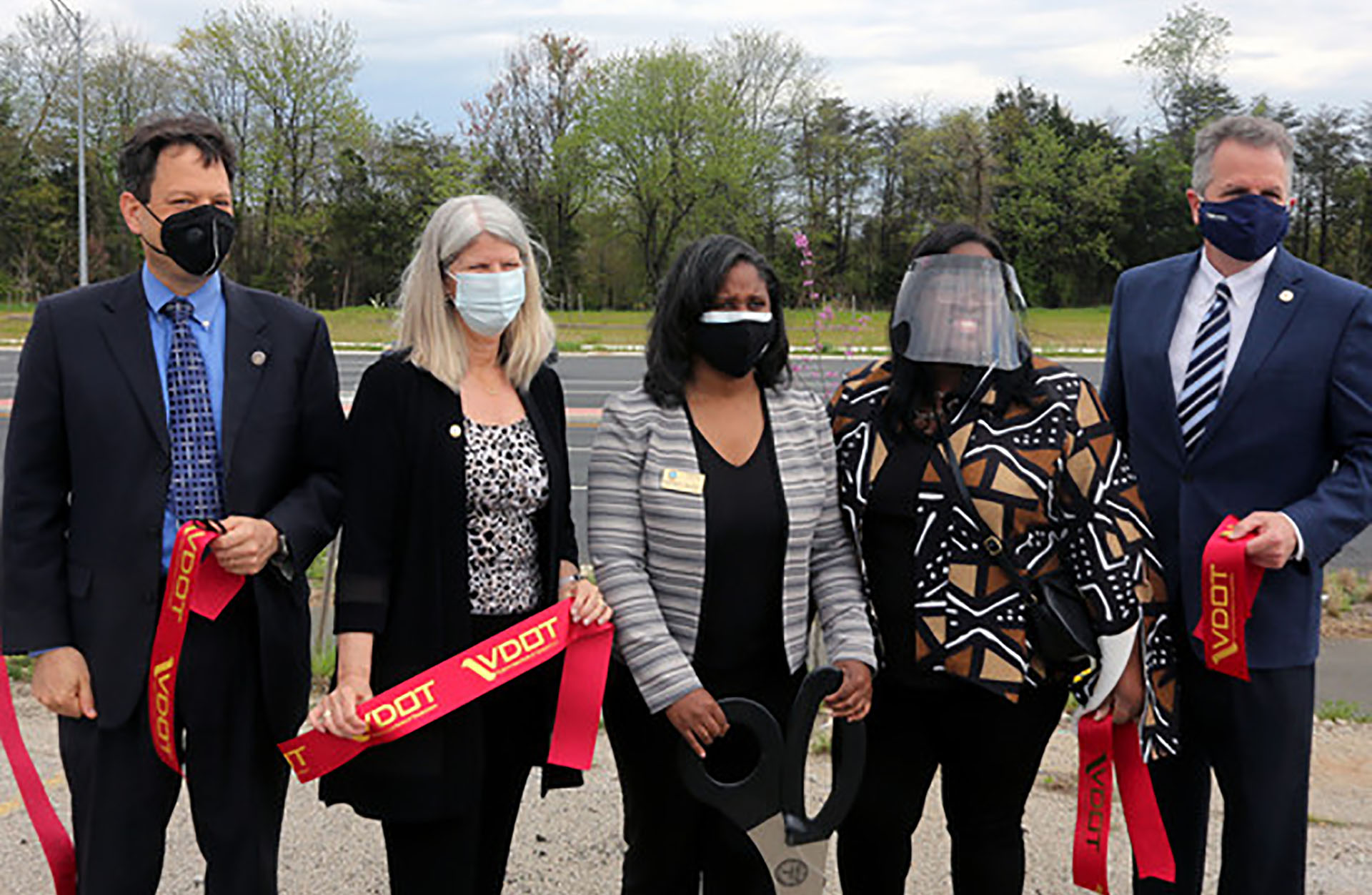 Photo courtesy of the Prince William County Office of Communications

A major Woodbridge project has been completed.

Route 1 was widened from Mary’s Way to Annapolis Way.

Local representatives recognized this accomplishment with a ribbon cutting ceremony.

Virginia Senator Scott Surovell and Virginia Delegate Candi Mundon King were among the participants, according to a release from the Office of Communications.

Due to COVID-19, officials hadn’t celebrated the project’s completion in the fall.

“Although we might be a few months late and lacking the usual fanfare, Prince William County simply could not allow this remarkable achievement to go by without a proper ribbon cutting,” Board of County Supervisors (BOCS) Chair-At-Large Ann Wheeler said in a release.

A shared-use path, a sidewalk, more turn lanes at the Route 1-Occoquan Road intersection, and a bridge that goes across Marumsco Creek are a few features of the road work, which cost $160 million.

An average of 39,000 cars travel through this part of Route 1 daily, according to Woodbridge District Supervisor Margaret Franklin.

“The widening of the road to six lanes and intersection improvements have improved the level of service significantly so residents can spend less time on the road and more time doing what matters most in life,” Franklin explained in a release.