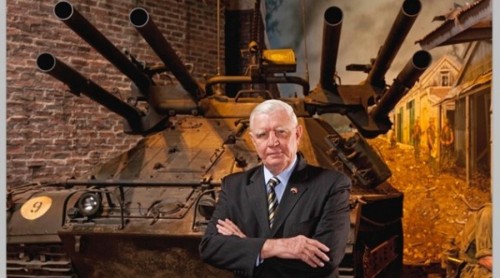 Want to hear a firsthand account of a battle in the Vietnam War? Then head to the Freedom Museum on March 8.

The museum, which is located at 10600 Harry Parrish Boulevard in Manassas, will be hosting retired Lieutenant General Ron Christmas from the United States Marine Corps, to talk about the Battle for Hue City.

More on the battle, from a release:

On January 30, 1968, at the beginning of the lunar New Year (Tet), the North Vietnamese Army (NVA) and the Viet Cong (VC) started a major battle in the city of Hue. The NVA attacked with 10 battalions of troops and met 11 battalions of Army of Vietnam (ARVN), 2 US Army battalions and 3 US Marine (USMC) battalions. The reason or the battle was that Hue sat astride the major supply route for US and allied troops in the northern part of South Vietnam. Lt Gen Christmas received the Navy Cross for his heroism while Commanding Company H, Second Battalion, Fifth Marines, First Marine Division in connection with operations against the enemy in the Republic of Vietnam in Hue City.

More on Christmas, from a release:

A native of Philadelphia, General Christmas received a commission in the USMC upon graduation from the University of Pennsylvania. During his 34-year career, he assumed many command, staff, instruction, and joint service positions. He has also directed a private company and was the President and CEO of the Marine Corps Heritage Foundation during the conception and building of the Marine Corps Museum.

The event is free and refreshments will be served.