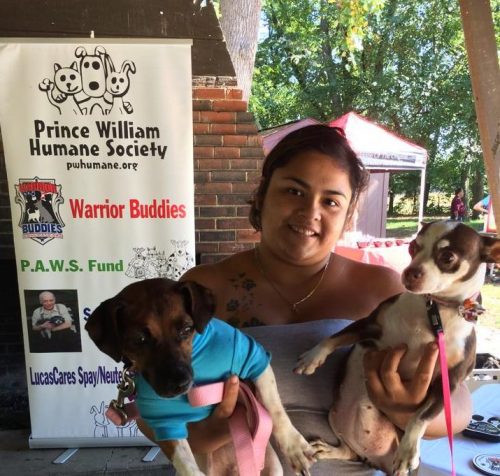 “The Prince William County Animal Shelter was at or over capacity 22 of 31 days in March and it will only get worse,” stated Prince William Humane Society (PWHS) President Lori Leary in a release.

This is the ‘new normal’ for the shelter, as it is typically at or over capacity, according to Shelter Director Fred Miller, and is anticipated to get worse as the warmer months approach.

The Board of County Supervisors has been discussing the construction of a new animal shelter during budget talks, but if that were to happen, it would be about 5 years down the line.

According to Leary, PWHS has proposed a no-kill off-site adoption center to address the overcrowding in the meantime. The center would be able to care for and adopt-out some of the county shelter’s animals and save more than 1,000 pets, according to a release.

Leary stressed in a release that the center is not meant to take the place of the new shelter that’s being proposed, but only act as a stop gap measure.

“This concept is very successful in numerous locations around the country and has been proven effective at reducing the burden on shelter population and staff, increasing adoption rates and reducing euthanasia,” stated Leary in a release.

According to a release, PWHS has been working on getting the adoption center ‘off of the ground’ for two years. In order to help fund the project, PWHS requested a county grant, stated Leary in a release.

But now the project may be in jeopardy, according to Leary.

“The County Supervisors conducted a straw vote based on some misinformation on April 19th and voted 5 to 3 to deny our request. The final vote on whether to approve the Off-Site Adoption Center will be on May 6th,” stated Leary in a release.

“The Prince William Humane Society would in turn shoulder the lion’s share of the center’s expenses. Our proposal does not adversely affect the shelter’s budget. It offers to pay the county adoption fee for each and every dog and cat we take from the shelter unlike other rescue groups who don’t pay that fee. Additionally, we are bringing over $300,000 in private donations to help fund this project, something no other community partner has done,” stated a release.

PWHS has been asking the community to contact their county supervisor, to ask them to support the project.