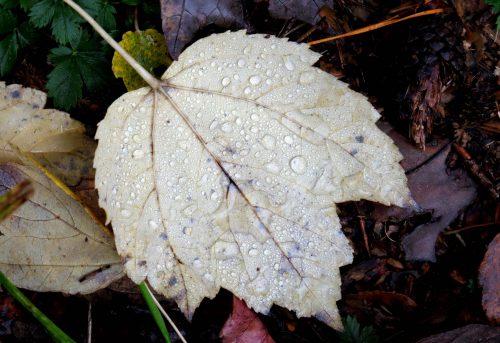 What you should do with falling leaves in Prince William

Wondering what to do with all of the fall leaves on your property?

According to Prince William County Public Works Department engineer Clay Morris, putting them in storm drains and similar places can cause serious problems.

“There are several issues with putting leaves in storm drains. The stormwater system is meant to relieve any kind of flooding to surrounding properties. Shoving leaves down there can create a blockage, and that can be problematic and expensive to fix. Not to mention, putting leaves down a storm drain is against the law. The County Code spells out what can go down the storm drain, and only rain is allowed down the drain,” stated Morris in a release.

In addition to blogs, there is the issue of excess nutrients flowing into the Chesapeake Bay, according to a release.

“Being part of the Chesapeake Bay Watershed, Prince William County is bound by law to keep pollutants out of its waterways. The U.S. Environmental Protection Agency regulates how much pollutants and sediments enter a locality’s waterways on a given day,” stated a release.

According to a release, fall leaves in the storm drain can really increase that total.

“When you’re shoving leaves in a drain, that wouldn’t normally end up in a stream, it can cause a nutrient spike, which is a problem,” stated Morris in a release.

In terms of ways to properly dispose of the leaves, the county recommends mulching them.

“While you can’t put them down the drain, you can mulch your leaves and leave them on the lawn, which adds really valuable carbon to the yard,” stated Public Works spokeswoman Deb Oliver in a release.

If you’re not able to mulch your leaves, the county has two facilities where leaves can be taken; the Prince William County Landfill at 14811 Dumfries Road or the Balls Ford Road Yard Waste Compost Facility at 13000 Balls Ford Road.