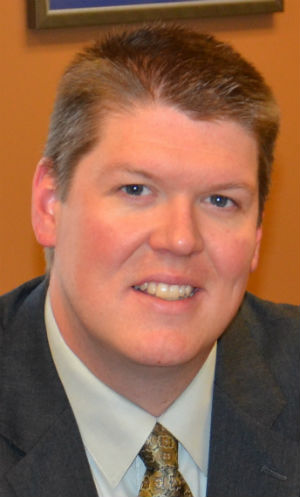 The Potomac & Rappahannock Transportation Commission (PRTC) – the organization that handles VRE and bus service in the area – has named a new Executive Director.

According to a release, Dr. Robert Schneider has been hired for the position. Schneider currently serves as the Executive Director of Central Midlands Transit in South Carolina.

Schneider will begin his new role in Prince William on April 3, according to a release.

“Robert brings a wealth of transit experience that will continue our tradition of providing area residents with safe and reliable transit services. Robert will spearhead our efforts to look at introducing new transit services, including bike share, car share, collaboration with Uber/Lyft, employer shuttles, and fast ferry service on the Potomac River,” stated Supervisor and PRTC Chairman Frank Principi in a release.

More on Schneider and the transition, from a release:

The tenure of current PRTC Interim Executive Director Eric Marx will overlap with Schneider until mid-May to aid in the leadership transition. Marx joined PRTC in 1993 and was appointed to temporarily lead the agency in 2015 following the resignation of Alfred Harf, who served as Executive Director for more than 16 years. Marx did not apply for the permanent job and has not yet determined his next move.

“The Board of Directors extends its gratitude to Eric Marx, a 25-year veteran of PRTC,” Principi said. “Eric helped grow the agency from its early years – when it operated a handful of commuter routes – to a fleet of 150 buses taking more than 1 million residents where they need to go.”

One of Schneider’s priorities will be overseeing the Strategic Plan currently underway to help guide and determine PRTC’s planning efforts and services over the next decade. The public is encouraged to participate in the Strategic Plan survey at www.PRTCtransit.org.

Under Schneider’s leadership, The COMET was recognized by the Federal Transit Administration in 2015 for its innovative transit solutions and ridership growth, and VEOLIA Transportation recognized The COMET’s DART operation in 2013 as the top paratransit service within its U.S. corporate footprint.

Individually, Schneider was named one of the transit industry’s people to watch in Mass Transit Magazine’s Top 40 Under 40 listing in 2013, and that same year he received the President’s Award from the Transportation Association of South Carolina in recognition of special leadership.

Before joining The COMET, Schneider was General Manager at ValleyRide in Boise, Idaho and formerly served as Director of Program Administration and Chief Operating Officer for Knoxville Area Transit. He earned a master’s degree in public administration and a doctorate in political science at the University of Tennessee, Knoxville, and also holds a bachelor’s in political science and history from Western Carolina University.