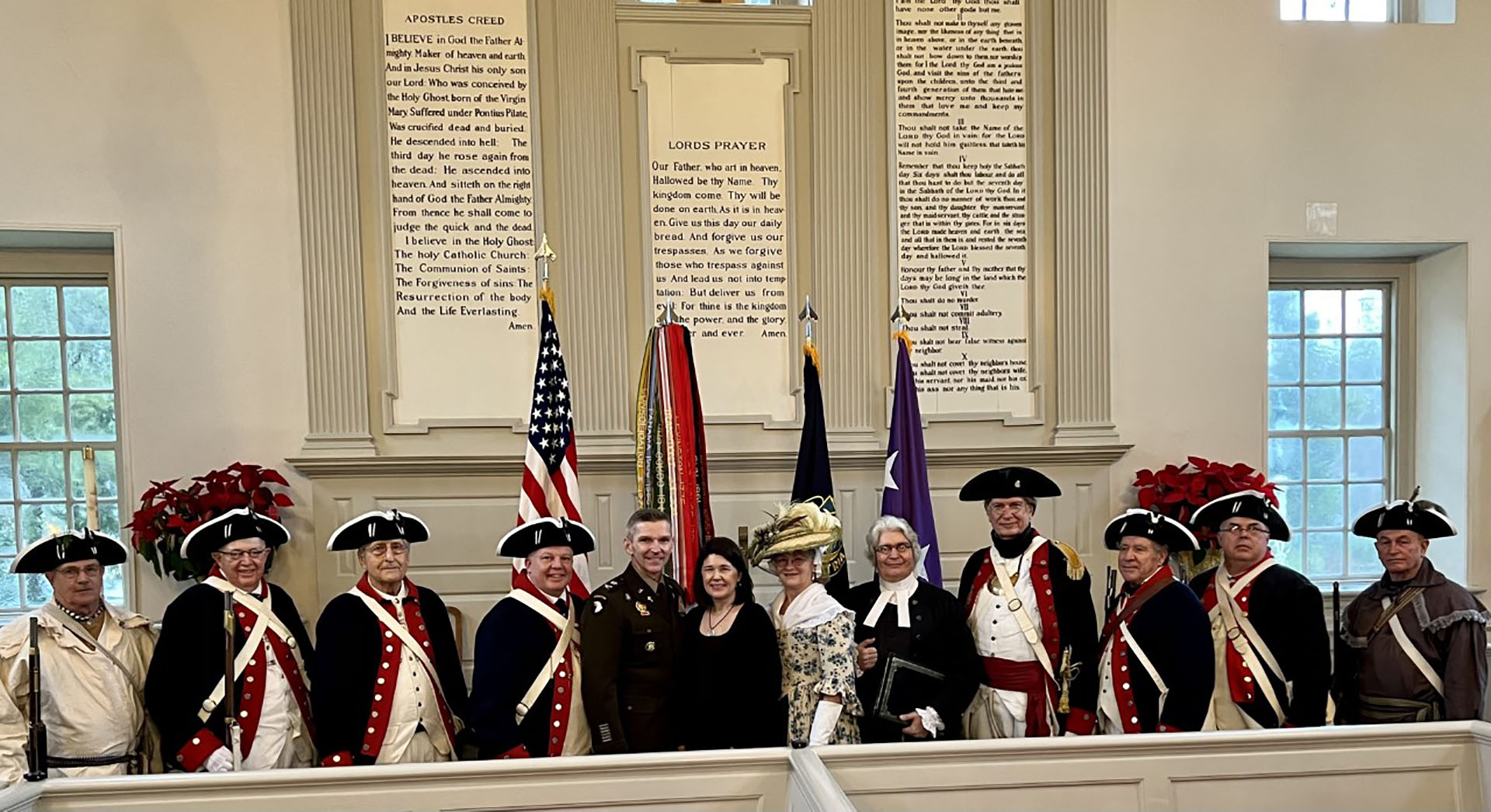 The Virginia Society Sons of the American Revolution (SAR) is honoring a Chaplain for their service in the military.

On February 4, Chaplain J. Mark Morgan was honored at a ceremony, where he was promoted from Lieutenant Colonel to the rank of Colonel, according to an article written by Leamon Duncan from the Colonel William Grayson Chapter and Dale Corey.

The event was held at its founding location at Pohick Church in Lorton, which happens to be the first permanent church north of Occoquan River in the colony of Virginia.

Morgan started his career at the age of 20 in 1988, completing basic training and getting a scholarship from the University of North Alabama. He served in the Army Reserve Officer Training Corps for two years, serving as a second lieutenant in the medical service corps.

Once he graduated from the university, he entered active duty in the Chemical Corps. In 1997, Morgan retired from the military to minister full-time. Almost a decade later, he rejoined the military, to become a chaplain by the chaplaincy of Full Gospel Churches, and joined the U.S. Army Chaplain Corps.

During the promotion ceremony, the preceding officer, Thomas Costa, gave a brief history of the U.S. Army Chaplain Corps, describing how they were added on July 29, 1775, as spiritual and emotional guidance counselors to soldiers.  While Chaplains serve in the continental regiment, many are also seen as unofficially indoctrinated members of individual units.

Many other SAR members came from across Virginia to support the ceremony. Duncan organized the event to help spread awareness regarding the Society Sons of the American Revolution and their members, and the Veterans who sacrificed to serve the nation.

This article is written by Contributing Writer Nicholas Nohe.