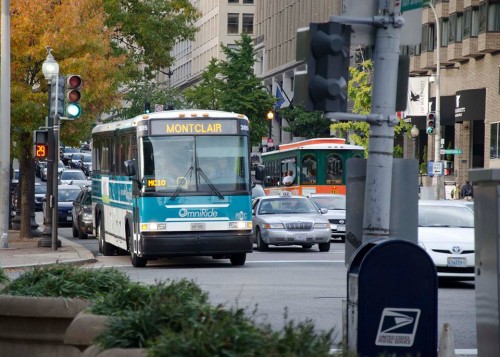 You could win prizes from PRTC during “Try Transit Week”, Sept. 19-23

According to a release, the eighth annual Try Transit Week will be held next week from September 19 to September 23.

“The week-long educational event is designed to reduce the use of single-occupancy vehicles in favor of buses, trains, vanpools and ferries. Try Transit Week is organized by the Virginia Department of Rail and Public Transportation (DRPT),” stated a release.

By taking part in Try Transit Week, individuals will be entered in drawings to win prizes. According to a release, there’s a grand prize of a pair of round-trip tickets on Amtrak’s Northeast Regional. PRTC will also be giving away three SmartTrip cards loaded with $50 and $25, stated a release.

In the middle of Try Transit Week, on September 22, World Car Free Day is occurring. During World Car Free Day drivers are being encouraged to give up their cars for one day, and to use alternative modes of travel, stated a release.

“We have seen congestion and travel times continue to increase across the Commonwealth, and we are working with our transit partners to provide alternative modes of travel. Try Transit Week is a great way to remind passengers about the benefits of public transportation, and to encourage those who have yet to try transit to do so,” stated Virginia Director of DRPT Jennifer Mitchell in a release.

For more information and to pledge, visit TryTransitWeek.org and CarFreeMetroDC.org.