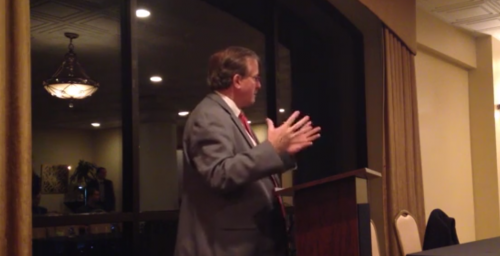 Residents met in Woodbridge to discuss how the county will continue to build schools, with land growing scarcer and classrooms growing larger.

During the meeting, Principi spoke about the progress Prince William County has made over the years in terms of development, and how that impacts the future of development and building schools in the area.

“Residents live in one mixed use development, they work in another, they play in the third and they don’t have to get in their car to be able to move around to those different projects,” said Principi.

According to Principi, the Woodbridge area has seen more than $1.4 billion in public and private investment over the past few years.

And according to Prince William Public Schools Associate Superintendent for Finance and Support Services David Cline, even with eight elementary schools, three middle schools, and one high school in the Woodbridge-area, there are 57 trailers that students are using as learning space, and there is still overcrowding.

Next was David Cline, the Associate Superintendent for Finance and Support Services, who talked about the overcrowding and boundaries. He starts by saying that there are eight elementary, 3 middle and one high schools in the Woodbridge District. There are fifty seven trailers, forty eight for elementary, five middle, and four high school. While additions are being made to various schools to expand school capacity, it doesn’t solve the issue of needing more schools.

But building additional schools poses a problem for the Prince William County Board of Supervisors and the School Board.

Currently when a new school is built in the county, the site needs to be on a 20 acre parcel of land – something that is difficult to come by in the eastern end of Prince William.

Principi stated that as town centers and mixed use developments are increasing and expanding, that it may be time to consider an “urban school”, which would mean that the property does not have traditional sports recreation fields.

While putting new schools in “urban” settings like office buildings could be an options, there are obstacles with this as well, according to Deputy County Executive Chris Price.

Price stated that a new law that passed this year has limited the ability for easy negotiation with applicants for new school sites.

The conversation on how and where to build additional public schools will continue, and become increasingly important as more students enter Prince William’s school system.