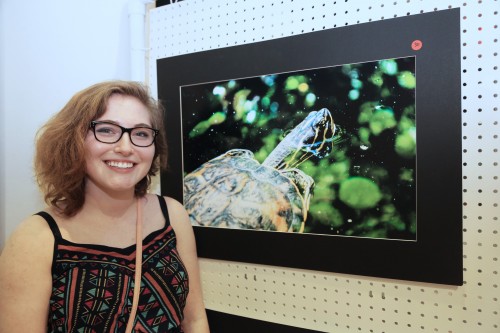 More than 70 area students took part in the invitational, submitting artwork in the categories of painting, drawing, computer graphics, and photography, according to a release.

The theme for this year’s art invitational was ‘Wildlife Living with Water on the Chesapeake Watershed’, stated a release.

According to a release, Khanh Nguyen, a Battlefield High School student, won the grand prize for the invitational. Nguyen’s entry was painting of a fish in a brook won her $800 in prize money, stated a release.

More on the other winners, from a release:

“The Water Art Invitational was once again a smashing success thanks to a diverse assortment of interesting artwork and a record-breaking amount of sponsorship support,” stated Community Relations & Outreach Manager Marlo Thomas Watson, in a release.