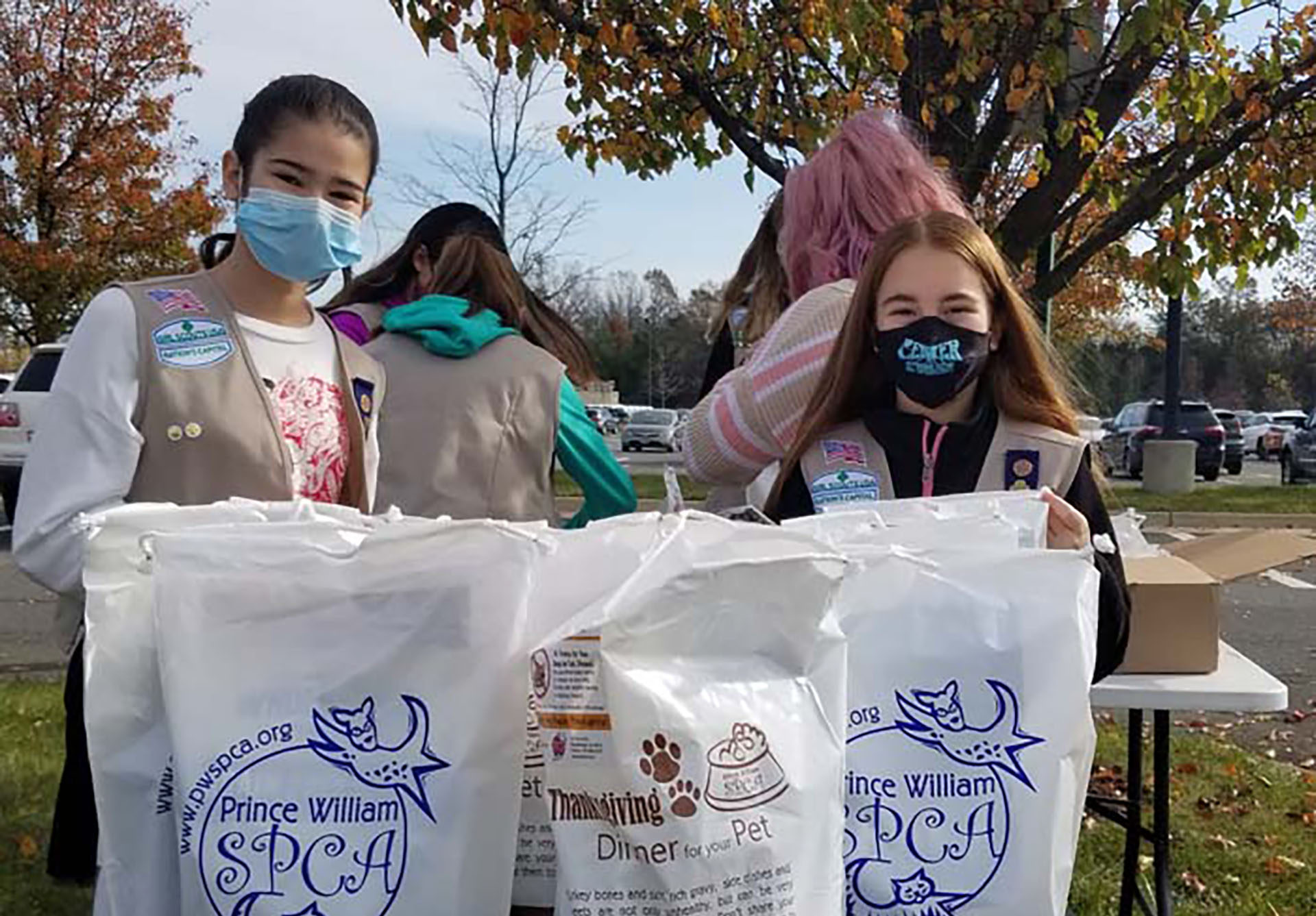 The Prince William SPCA worked alongside Operation Turkey and local girl scouts to provide pet food for those less fortunate.

More than 75 bags of cat food and over 35 bags of dog food were donated to Action in Community Through Service (ACTS) in Dumfries and the Haymarket Regional Food Pantry, according to a release from the Prince William SPCA.

“We are very glad Troop 2577 reached out to us looking for a service project,” Prince William SPCA President Melissa Korzuch said in a release. “Due to COVID-19, we couldn’t host our traditional fall pet food drive and bagging meet-up that some years attracted up to 40 Girl Scouts. By teaming up with this troop, we were able to make the same impact as we had in the past thanks to their hard work.”

This initiative sought to inform community members about how feeding pets human food can be dangerous.

For example, pets may choke on turkey bones, or they could become sick or die if they consume sweets or gravy that’s rich.