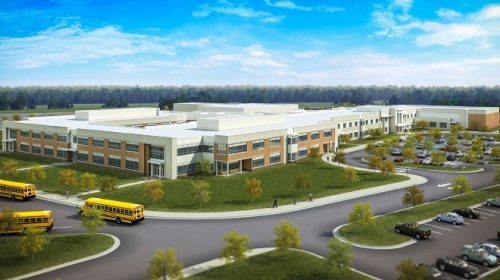 According to a release, the bonds were “Special Obligation School Financing Bonds” that were obtained through the Virginia Public School Authority.

The sale will help to fund the construction of an alternative school in the Potomac District, additions and renovations to Lake Ridge Middle School, Saunders Middle School, and Pattie, River Oaks, and Westridge Elementary Schools, stated a release.

The funding will also be used to build a special needs transportation center in Manassas, acquire a site for the 14th high school, pay for architectural and design services for additions to Antietam, Lake Ridge, Springwoods, and Leesylvania elementary schools and Stonewall Middle School, and fund the design services for a new elementary school on the Prince William Parkway corridor, a western bus facility, a new middle school in the Potomac Shores area, and the 13th high school slated for the western end of the county, according to a release.

The county sold the bonds at an interest rate of 2.88 percent and the county will repay the bonds over a 20 year period.