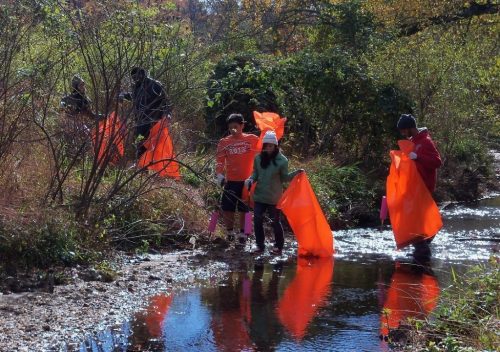 The county is looking for input on the water quality action plans that have been submitted to the U.S. Environmental Protection Agency (EPA).

According to a release, “the U.S. Environmental Protection Agency, or EPA, regulates how much pollutants and sediments can enter the Chesapeake Bay Watershed through streams on any given day.”

Prince William County is a part of this watershed area, and are regulated by the EPA in terms of the maximum amounts of pollution or sediment in the county’s water, stated a release.

To ensure that the county is following water safety requirements, the Prince William County Public Works Department must submit an action plan each year to the Virginia Department of Environmental Quality, and they want community feedback on that document.

“We have a draft, and we would welcome comments from the public to see if there’s anything that they would like to see us do or if they would like to express any concerns,” stated Public Works spokeswoman Deb Oliver in a release.

Comments are being accepted through December 12. Comments should be sent to Oliver at doliver@pwcgov.orgor to Ben Eib at beib@pwcgov.org.

More on the action plan and EPA requirements, from a release:

The EPA established TMDL requirements in 2010; and since then, Prince William County has been working to meet the federal and state regulatory requirements, through projects such as stream restoration and storm water management, to limit the amount of designated pollutants flowing through the streams that feed into the watershed.

The Chesapeake Bay TMDL requires that Municipal Separate Storm Sewer System, or MS4, permit holders, such as Prince William County, and achieve specific pollutant reductions during the three permit cycles, which are five years each.

Jurisdictions in the watershed are bound by law to pay for the projects that reduce pollutants, but matching grants are available and the county’s Public Works Department has been able to take advantage of them in many cases, Oliver said.