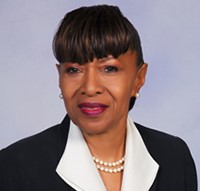 The school board also established their meeting locations and times.

“The Board established the location of its regular School Board meetings at the Edward L. Kelly Leadership Center, 14715 Bristow Road, Manassas, Virginia, on the first and third Wednesdays of the months January through June and September through December. Closed session meetings will begin at 6 p.m., and public meetings convene at 7 p.m. Dates may be adjusted to better accommodate winter and spring break calendar,” stated a release.