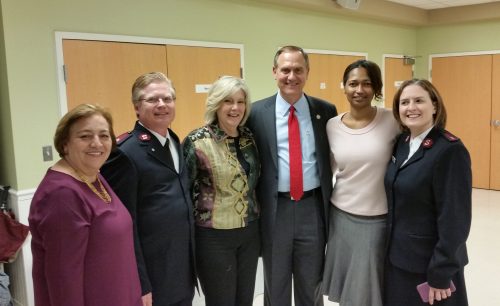 Rebecca Barnes, publisher of Prince William Living, was the Master of Ceremonies, and Major George Hackbarth and Captain Robin Hackbarth presented awards to organizations and individuals that have helped the Salvation Army through the years.

“We do this once a year, just to tell everybody ‘thank you’ for what you do for the community, and the Salvation Army,” said Major Hackbarth.

The following are awards received and recipients:

According to Barnes, the Manassas Rotary Club has raised more money during the Kettle Bells and Angel Tree fundraisers for the Salvation Army than any other group.

“They collected $15,114.44 – the most money ever collected by one group at Christmastime [for the Salvation Army],” said Barnes.