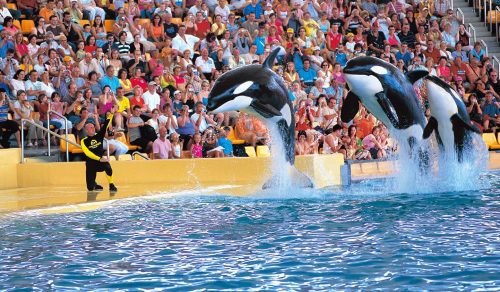 Prince William resident heads to Spain for ‘Empty the Tanks’

Prince William resident Dr. Jen Jones will be traveling to Spain to participate in an animal activism event ‘Empty the Tanks’.

According to the ‘Empty the Tanks’ Facebook page, it is a global protest and public awareness campaign against the cetacean captivity industry. The group is demanding that all captive marine mammals be released, according to their Facebook page.

This is the not the first time that Jones has visited Spain’s Loro Parque for animal activist causes. Jones went in 2010, after Keto, an Orca on loan to the Sea World park killed trainer Alexis Martinez, accorsing to a release.

More on the story, from a release:

Loro Parque is home to 6 Orcas, 5 of which are on loan from Sea World. The sixth Orca, Morgan was discovered in very poor health in June 2010 off the coast of the Netherlands. She was nursed back to health at Dalfinarium Harderwijk until it was determined that her tank was too small. In 2011, she was moved to Loro Parque.

It is believed that Morgan is at least partially deaf. Dr. Jones does not feel her deafness would be an issue if Morgan were released to a sea-pen or reunited with her pod. “Orcas spend their whole lives with their families. They take care of each other. I really think she would be ok.”

In recent weeks, video has surfaced on the internet of Morgan engaging in self-injuring behaviors including repeatedly smashing her head against a metal gate and chewing on concrete.

“We have seen these behaviors before in other whales. In 1980, Hugo, a male Orca, died after repeatedly ramming his head into the concrete walls of his tank at Miami Seaquarium. If that is not an act of suicide, I don’t know what is.”

And then there is Tilikum, the 12,500 pound male Orca who was the subject of the documentary 2013 “Blackfish”. Tilikum, who currently resides at Sea World in Orlando, has killed 3 people including his trainer Dawn Brancheau in 2010.

Jones fears if things continue as they are, more Orcas will suffer the fates of Tilikum and Hugo. “They don’t belong here. They belong in the ocean. The show’s over. Time to say thanks, but NO TANKS!”