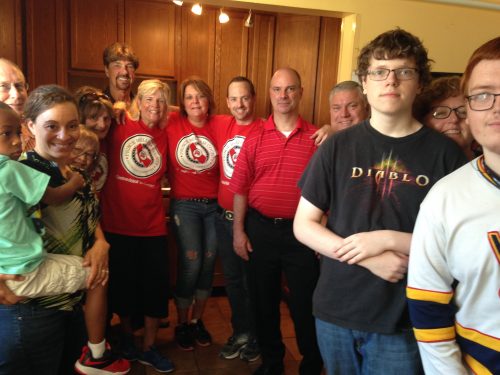 Members from the Prince William County Republican Committee came together to serve dinner to individuals at the ACTS Family Shelter in Dumfries.

According to a release, the activity was part of the committee’s community service projects that they complete each year.

Fifteen committee volunteers showed up to serve dinner to the residents, as well as school supplies and canned goods, stated a release. This is the third time that the committee has served food at the ACTS shelter.

“Serving dinner at the ACTS Shelter is one of our annual community outreach events and we really have a great time serving the residents,” stated Chairman of the PWC Republican Committee Dottie Miller in a release.

Homelessness is a large problem in Prince William, with more than 400 individuals classified as homeless in the county, according to statistics from the Metropolitan Washington Council of Governments.

“ACTS has been a committed member of our Eastern Prince William community having a positive impact on families while helping to address the growing homeless crisis.  This is a great opportunity for the local republican party to support ACTS and extend that positive community impact,” stated Potomac Supervisor Maureen Caddigan in a release.