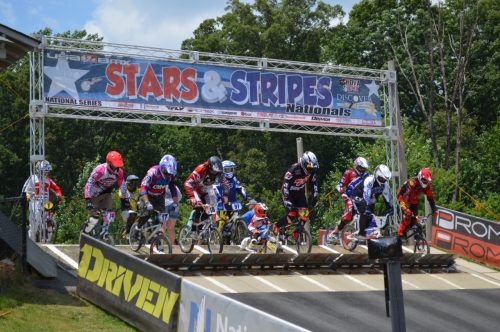 The Prince William area is considered to be some of the top spots for tourism in Virginia.

According to a release from Discover Prince William & Manassas, when compared to 135 counties and cities throughout the state, Prince William County was ranked in the ‘Top 10’ along with Arlington, Alexandria, Fairfax, Loudoun, Virginia Beach, Williamsburg, and Richmond.

And that’s not all.

Prince William County now ranks sixth in Virginia among counties who have experienced more than 3% growth in their tourism-related economic development and spending, according to a release.

Throughout Virginia, in 2015 the state generated $23 billion in travel spending, and the tourism industry supported 223,000 jobs and generated $16.6 billion in state and local taxes, stated a release. Of that $23 billion, a released stated that Prince William generated $541.5 million of that total – a 3.1% increase from the county’s 2014 total – and supported 6,223 of those tourism jobs, according to a release.

“Spending by visitors in Prince William County and the City of Manassas is a vital part of our local economy. For every dollar a visitor spends in our area, it delivers an economic impact to our restaurants, shops, and businesses while increasing tax revenue that support roads, schools, parks and services for residents. We are committed to reaching visitors domestically and internationally with strategic marketing, advertising, sales and public relations tactics that impact and increase awareness of the Prince William & Manassas brand to the benefit of economic development, investment, visitor spending and tax revenues,” stated President and CEO of Discover Prince William & Manassas Ann Marie Maher in a release.

Governor Terry McAuliffe has been a big supporter of the tourism industry, and the revenue the industry brings to Virginia.

“Having a strong tourism industry is vital to job creation and economic growth in Virginia. Travelers are coming to Virginia from across the country and the globe to experience our world-class restaurants, wineries, craft breweries, music festivals, oyster farms, beaches, mountains, and more. Our rich history, scenic beauty, vibrant arts, and burgeoning culinary scene make Virginia a destination like none other. It’s easy to see why travelers are eager to discover why Virginia is for Lovers,” stated McAuliffe in a release.