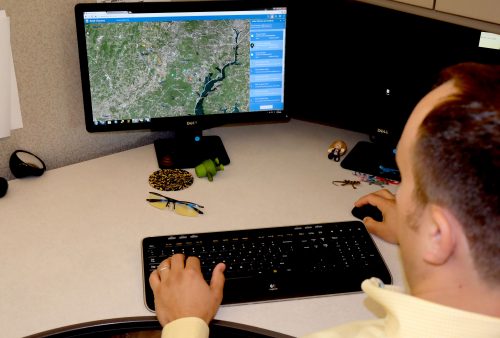 The county has released a new tool to give residents the latest on road closures in Prince William.

According to a release, Prince William’s Geographic Information System (GIS) division partnered with the Public Safety Communications Center to create an online app where residents can see all area road closures in real-time. The application shows current road issues and planned road closures, stated a release.

According to county GIS Developer Kevin Sadrak, the map tool updates every 30 seconds, and uses information from the Virginia Department of Transportation (VDOT), and Prince William’s fire and rescue and police departments.

“It’ll take any sort of incident that comes into the system, translate it to the map and send out notification by text or email and show it on the map. Whenever something shows up, the system sees it and fires off the notifications,” stated Sadrak in a release.

In addition to the real-time updates on the application, users can sign up to receive notifications via text or email about road closures and issues, according to a release. The app will also let you know when road conditions return to normal.