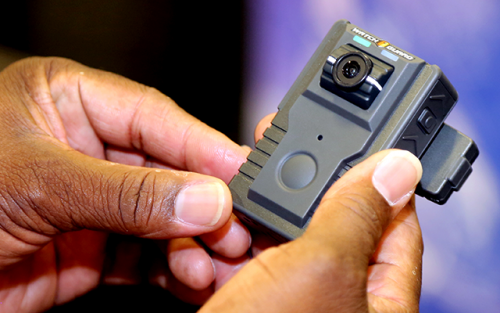 Prince William police will be wearing body cameras by the end of this year.

According to a county release, the Prince William Board of County Supervisors authorized a feasibility study in 2013, to look into how a program for law enforcement to wear body cameras could be done.

Body cameras for law enforcement is a topic that has gotten a lot of attention over the last few years.

Prince William police Chief Stephan Hudson recently presented the results of this study to the board, stated a county release.

“…the study considered retention of video files, privacy and protection concerns for victims and witnesses, the release of files to prosecutors and defense attorneys, and legislative and policy changes,” stated a release.

In addition to these factors, Prince William police held meetings with stakeholders and reviewed the policies of other area police departments and law enforcement organizations including the Police Executive Research Forum and the American Civil Liberties Union, according to a county release.

One concern that Hudson mentioned during his presentation, was the pace of technology, and how that could impact implementation.

“The development of policies and legislation is quickly outpaced by technology; and frequently, these practices have been put in place without really properly vetting the policy developments,” said Hudson, as stated in a release.

Additionally, Hudson had concerns about the large undertaking of collecting videos and adding them to prosecution files.

“In many cases, multiple video files for review by the prosecutors … becomes an extensive, and in some cases, a burdensome process,” stated Hudson in a release.

In terms of a timeline, Prince William police will establish an open bid for the body cameras and equipment needed, before evaluation and pilot testing begins over the summer, stated a release. Prince William police officers are expected to begin wearing the cameras while on the job starting late summer, early fall, according to a county release.

Despite his concerns, Hudson feels that the body cameras will lead to be better policing.

“Overall, the purpose is to try to increase accountability and transparency and improve documentation of evidentiary gathering,” stated Hudson in a release.