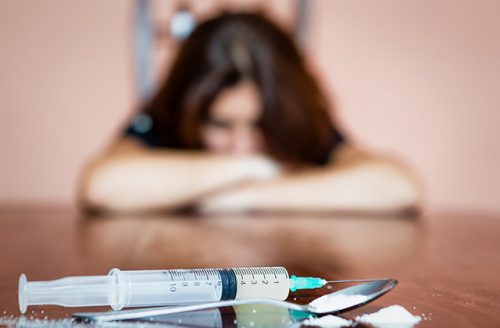 Prince William police seeking to help addicts, not incarcerate them

Officers from the Prince William County Police Department are trying to get addicts help, not a jail sentence.

According to a release, Prince William officers have been carrying business cards with the number to the Prince William County Community Services Board (CSB) printed on them, hoping that they can give these cards to opiates and heroin addicts so that they can get help for their addiction.

“The business cards are the first step of the Rapid Entry Program, which aims to help people who are using opioids such as Fentanyl, Oxycodone, Percocet and heroin, receive treatment as quickly as possible. The police department and the Community Services Board, or CSB, have been working together for the last six months to help drug users find their way out of addiction and to combat a rise in opioid use,” stated a release.

The coordination between Prince William police and the CSB is meant to help shorten the time it takes for addicts to get the help they need. The normal waiting period for substance abuse counselling can take time, but with this new program, drug users can be identified and begin receiving counselling between three to five days, stated a release.

“If the abusers want the treatment we can actually get them in right away. The normal timeframe for someone to get treatment is over two weeks. With heroin users, that’s too long,” stated Lieutenant Brandan Dudley from Prince William’s Special Investigations Bureau in a release.

According to Prince William CSB therapist Susan Harris, the Prince William police typically encounter these drug users when they are engaging in criminal activity, and that arrest can be the opportunity people need to get help, according to a release.

“A lot of times, if a person has been arrested or visited by the police, that’s when they may be more treatment-ready. You really want to get people when they’re motivated. The sooner we can get them in, the sooner we can link them to services and assign their case. We like to focus … on getting these folks more help, and not so much arresting them and putting them in jail. Somebody can walk into the front desk of Garfield Police Station or the Western District Station and just say, ‘Hey listen. I have an addiction problem and I want to get help,’ and we’ll get them signed up in the Rapid Entry Program. We do not have to make an arrest for them to get that treatment. We’re just trying to get them in the door to get help,” stated Harris in a release.

According to a release, once an individual has connected with the Prince William police or the CSB about their addiction, they will get assistance finding medical care to treat the addiction, and help with navigating insurance plans and costs associated with treatment.

Statistics from the Centers for Disease Control and Prevention are showing that heroin use is on the rise across the United States, and Prince William County is no exception.

“It’s a nationwide issue with opiate overdoses occurring on a daily basis all across the United States. We’re not immune to that,” stated Major Steven Thompson from Prince William’s Criminal Investigation Division, in a release.

“Not everybody that has an opiate problem has a legal problem, but many of them do. This has just been another way for us to reach folks and get them into treatment. We’ve gotten a pretty good response with people calling, people coming and showing up for the initial appointment,” stated Harris in a release.