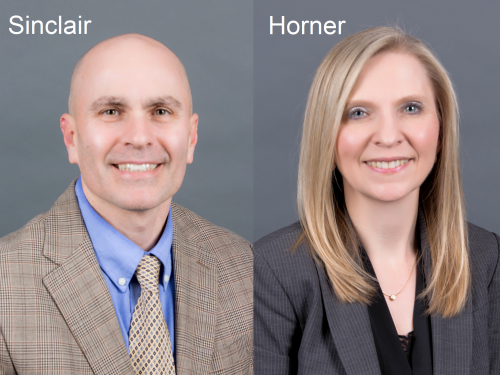 Prince William County has named a new Budget Director and a Planning Director.

Both individuals were existing Prince William County government employees, and were named for the positions following a nationwide search.

More on Sinclair, from a release:

Sinclair has worked for Prince William County Government for nearly 20 years, with the last five and a half years as the Budget Technical Manager in the Office of Management and Budget. In his most recent role, Sinclair managed development of the County’s annual budget and five-year fiscal plan. He was also responsible for presenting the annual budget and financial information to bond rating agencies. Earlier in his career, Sinclair coordinated the County’s general revenue forecasting process and served as the Capital Improvement Program and Strategic Planning Coordinator.

Sinclair received his Bachelor of Arts degree in pre-law from Pennsylvania State University. He received his Master of Public Administration degree from George Mason University.

“I am humbled and honored at this opportunity. I look forward to continuing to work with the Board of County Supervisors, Executive Management and county staff to manage the budget in a prudent and responsible manner for the citizens of Prince William County,” stated Sinclair.

More on Horner, from a release:

Horner has 19 years of public sector planning experience, more than 11 of which have been in senior level management positions with planning departments for local governments. Most recently, Horner was the Assistant Director for the County’s Planning Office where she was responsible for leading major projects and inter-departmental coordination efforts. She prepared reports and made presentations to the Board of County Supervisors, Planning Commission, Board of Zoning Appeals and other groups, as necessary. She also reviewed and made recommendations on state legislative amendments.

Horner received her Bachelor of Arts degree in Political Science and her Master of Community and Regional Planning degree from the University of Nebraska. She is certified by the American Institute of Certified Planners and is a Certified Zoning Administrator in Virginia.

“I want to thank the Board of County Supervisors for this opportunity. I am passionate about planning and am committed to working with all stakeholders to help the Board and the community achieve its vision for the future,” stated Horner.