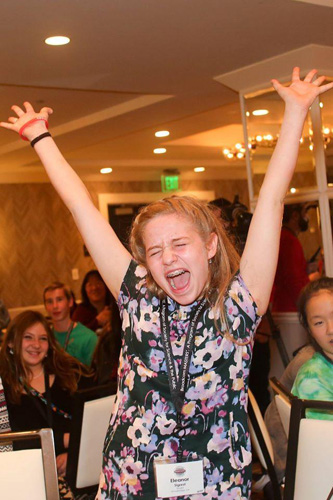 According to a release, Sigrest received the award and a $25,000 prize for her research and engineering knowledge on cold gas rockets.

Sigrest was selected among 30 finalists, which were selected out of 2,300 students from 28 states, according to a release. Sigrest’s project was titled “Rockets and Nozzles, and Thrusts, Oh My,” stated a release.

More on Sigrest, from a release:

Sigrest competed with the Benton Middle School robotics team at the 2016 VEX World Championships. The team won the Design Award, the second-highest honor at the VEX event. She has been involved with PWCS robotics since elementary school and now mentors the FIRST LEGO League team at Westridge Elementary School.

“I love robotics. It gives me an outlet to talk with other people who have similar interests. Through robotics, I learned how to program, to design, and how to go through the engineering process,” stated Sigrest in a release.