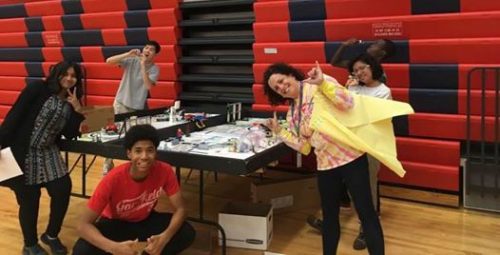 According to a release, students from Vaughn, Cedar Point, Rockledge, Old Bridge, and Rosa Parks Elementary will all be sending teams to a state Lego tournament.

Teams in the Lego League “must design, build, program a robot using LEGO MINDSTORMS® technology, then compete on a table-top playing field,” according to the First Lego League website.

The team from Vaughn Elementary School won the “Champion’s Award” at a Lego tournament held at Gar-Field High School back on November 19, according to a release.

The following are the results for awards for the November 5 tournament, from a release:

The following are the results of the November 19th Gar-Field High School Regional Tournament: