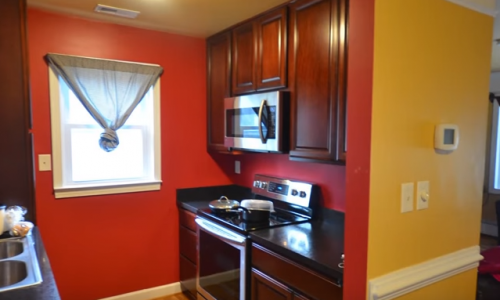 Thanks to federal grant funding and a county program, low and moderate-income families can now get some home repairs done that they wouldn’t be able to afford otherwise.

According to a Prince William County government release, there county has a Neighborhood Housing Rehabilitation program, which offers assistance to those families, so that they can correct home issues that pose a threat to health and safety, as well as making the homes more energy efficient.

“The Neighborhood Housing Rehabilitation Program is a program that assists owner-occupied properties with energy efficient upgrades to their home to remedy health and safety issue. The money is used to rehab them to bring them up to building code requirements, as well,” stated Joan Duckett, the Prince William County Community Planning and Development Division Chief with the Office of Housing and Community Development, in a release.

More on the details of the program, from a release:

The funding provides for $25,000 of the rehabilitation work as a grant with no repayment and a second deferred deed of trust and promissory note for any cost beyond the $25,000 grant.   The trust will not be due and payable until the property ceases to be the principal residence, or is sold, or the borrower fails or neglects to pay the taxes, assessments, or premiums for hazard flood, if required, or mortgage insurance, or terms of the deed of trust are violated. When this happens then the deferred deed of trust principal only is repaid.

Repairs for energy improvements — including replacing heating and air systems, installing insulation, painting, replacing gutters, installing new windows, and replacing or repairing roofs and siding — are some of the improvements that would be covered under the program, Duckett said. The money could also be used for accessibility improvements, such as building ramps and widening doorways to make the home compliant with the Americans with Disabilities Act.

In order to be eligible for the assistance, the Office of Housing and Community Development has an eligibility process, according to a release.

“The process is that our office will do a visual inspection; and based on that inspection, we work with the homeowners to determine the items that need to be repaired,” Duckett stated in a release.

Those that are interested in the program can obtain a questionnaire and application from the Office of Housing and Community Development by calling 703-492-2303 or going to the housing department’s website.